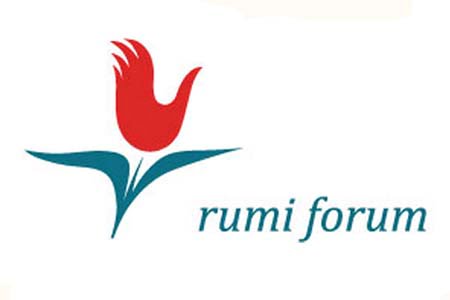 ISLAMABAD – The Rumi Forum is actively engaged in spreading the message of great Sufi saint Hazrat Jalaluddin Rumi in Pakistan to foster intercultural dialogue and provide a platform for academic and information exchange primarily between the academics and professionals from Pakistan and Turkey.

Chairman and Vice President Rumi Forum Harun Koken and Suat Erguvan shared these views during a joint interview with TheNation.

“Since 2006, Rumi Forum has been organising on its own and in collaboration with various universities in Pakistan and Turkey as well as with educational and non-governmental organisations, a number of conferences, seminars, afternoon talks, roundtable discussions, Rumi talks, and lectures,” Harun Koken said, adding that so far, Rumi Forum had presented papers in several national and international seminars and conferences organised by universities, think tanks or special interest groups in education and social work on occasion of national and international days of importance and on current and emerging issues.
Elaborating on the purpose for the creation of Rumi Forum, Suat Erguvan said that the forum had been established to foster intercultural dialogue and to provide a platform for academic and information exchange primarily between the academics and professionals from Pakistan and Turkey.

“Hazrat Jalaluddin Rumi is a unifying figure by means of his message of love, reconciliation and understanding drawn from the essence of Islam, besides his influence on Allama Dr Muhammad Iqbal, who declared himself as his disciple. The Rumi Forum aims to connect the two countries on the basis of common heritage and history in terms of lingual, cultural and academic connections established between the individuals and institutions,” he said.

As it is witnessed that individuals and communities are torn by artificial or superficial differences which originate from partisan, denominational, cultural, lingual or any other causes, Rumi Forum aspires to tread the path of supporting activities pertaining to the better service to humanity such as promoting conflict resolution in and among our communities and nation, Erguvan added.

Regarding future projects in the pipeline, the vice president Rumi Forum said, “We aspire to open the women wings of the Rumi Forum at all chapters. We need to augment more collaboration with various higher education institutions and special interest groups to hold academic and cultural activities.”

Erguvan identified Pakistani society with that of Turkey’s saying, “We share a common history, faith, culture and language past, indeed. Regardless of the geographical distance, the cultural elements, which have been shaped by our faith, Islam, are quite identical. There’s an unconditional love and affection between the people of Pakistan and Turkey to each other. Since time immemorial, in the light of the aforementioned common faith and historical ties, Turkish people have always harboured goodwill and concern for the people and the country of Pakistan. In the news bulletins, for example, the word Pakistan is frequently preceded with the expression, ‘dost vekardes ülke’ – friendly and brotherly country, which shows the general outlook among the Turkish people and press towards the people of Pakistan.”

Rumi Forum also organises and provides guidance during academic and cultural excursions to Turkey for academics, media-persons and professionals, the VP said. “Significantly, cultural programmes such as The Sacred Trusts Photographic Exhibitions – which has been organised in more than 45 venues across Pakistan – and the Sema: The Whirling Dervishes programmes provide artistic and academic contribution to the audiences,” he added.

CUMALI ÖNAL, CAIRO Leading Egyptian Islamic scholar Muhammad Imara has praised Turkey’s Arabic language magazine, Hira, for performing a crucial role in building bridges between the Turkish and Arab world as well as for the humanity. Imara, one of many respected Islamic scholars writing for the Hira Magazine — Turkey’s first and only Arabic magazine  […]