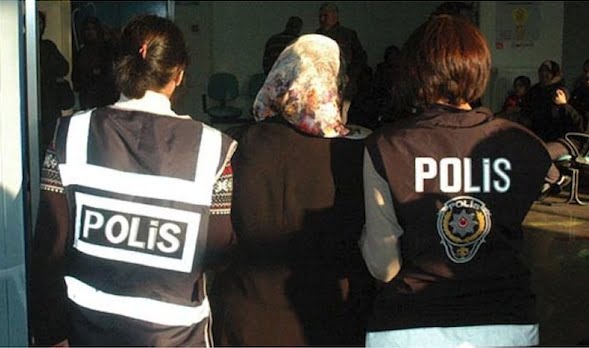 A Samsun woman, identified as B.D. was detained after police failed to locate her husband as part an investigation in to the Gulen movement, media reported Saturday.

According to Grihat online news portal, B.D., already a mother of three, was detained after a police raid at her home. Police had initially come for B.D.’s husband, wanted over alleged ties to the Gulen movement.

Since the July 15, 2016 coup attempt, Turkey has detained more than 120,000 people and jailed some 50,000 as part of its post-coup crackdown with thousands of others in hiding.

The arrestees include several pregnant women, elderly citizens, disabled individuals and many from other vulnerable groups.