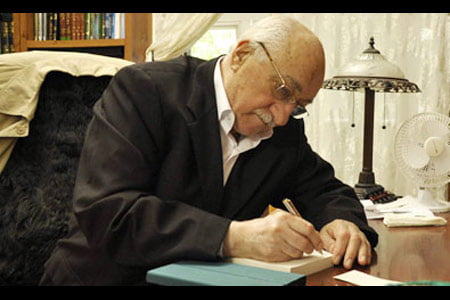 Turkish religious scholar Fetullah Gülen makes a living off the royalties he receives from his more than 60 books, the self-exiled Muslim leader’s lawyer has said in response to media scrutiny.”My client has written over 60 books which were all listed among best sellers. He makes a living by copyright income,” said Gülen’s lawyer, Nurullah Albayrak.

Turkish journalist Ayşenur Arslan had previously asked how Gülen managed to live in Pennsylvania based on a retirement pension alone.

“His residence costs are paid by the royalties; he has never taken anything for free from anyone,” Albayrak said in a statement.

“Gülen has diabetes, and he cannot eat heavy foods; he eats just soup and yoghurt most of the time,” Albayrak said, noting that the scholar did not need much money for living.

Albayrak also accused Arslan of defamation by raising doubts in people’s minds about his client, labeling her questions as “non-innocent.”

During a trial focusing on Gülen’s application for a U.S. green card, American prosecutors claimed Gülen had a financial worth of $25 billion that included contributions from the CIA.