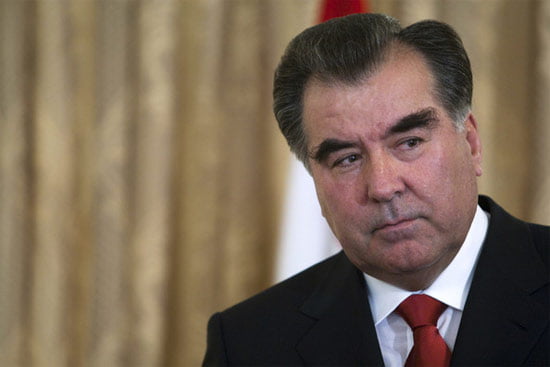 Speaking to participants at the Tajik-Turkish Business Forum organized by the Turkish Confederation of Businessmen and Industrialists (TUSKON) in Konya, Rahmon said his country’s economic partnerships had increased with international markets as a result of reforms implemented by the government to integrate with global markets while noting that Turkey is among the top four countries they have the most commerce ties with.

He informed the forum that the commerce between the countries accounted for $600 million in 2011, which is $180 million more compared to 2010; however, this is still not enough to meet the actual trade capacity between the two nations.

Stating that 53 Turkish firms are currently operating in Tajikistan, he implied that Turkish firms are lazy as they are not taking the necessary steps to invest in his country’s wealthy mining sector. “Cooperation in every area is needed between the countries. Tajikistan needs new technology transfers and new investments will provide that. We needs dams and for that we need to benefit from Turkey’s experience as Tajikistan is open to improvements in the construction sector,” he said.

Furthermore, he expressed a massive need for electricity that exists in Central Asia as well as countries such as Afghanistan, Pakistan and Iran and said all these pose as investment fields. Also noting that the country has large agricultural areas which can attract investments, Rahmon emphasized that there are similarities in the climates of Turkey and Tajikistan and that fruit growing could be another area in which to invest.

Meanwhile, Rahmon commented, “In addition, we are ready to cooperate in the light industrial sector where experienced Central Asian countries can transfer experience to Turkish companies.”

Pedro Bayeme Bayeme Ayingano Guine,  from Equatorial Guinea, says,  “A Turkish construction company built the largest convention center in our country and there is a Turkish school which provides quality education. … TUSKON also is a bridge between us and Turkey… We are keen to engaging in partnerships with Turkish firms.” 16 December 2011 / […]