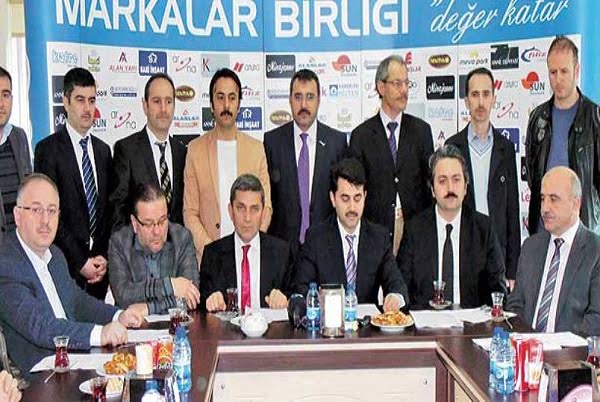 An ongoing defamation campaign targeting the Hizmet movement — a volunteer-based grassroots movement inspired by Muslim scholar Fethullah Gülen that works in the field of education around the world and encourages interfaith dialogue — was condemned by many civil society organizations (CSO) from across the country on Wednesday.

A large-scale dark propaganda war is being conducted by some circles close to the Justice and Development Party (AK Party) government against the Hizmet movement and Gülen, particularly since a corruption scandal erupted in December of 2013 in which three Cabinet ministers’ sons, many state bureaucrats and renowned businessmen accused of giving bribes in exchange for favors were implicated. Government officials have accused the Hizmet movement of participating in a plot and using the corruption investigation to damage the government.

A total of 22 CSOs held a joint press conference in Bitlis province in southeastern Anatolia on Wednesday to condemn the vilification of the Hizmet movement. Speaking on behalf of the CSO group, Bitlis Industrialists and Businessmen’s Association (BİSİAD) President Ayetullah Şimşek said that they, as 22 volunteer civil society organizations, collectively condemn the defamation campaign being conducted against the Hizmet movement which has provided countless good services in many countries. Stating that the Hizmet is a civil movement that encompasses volunteers from various segments of society who are working for the benefit of the Turkish nation, Şimşek said: “The Turkish schools established both in Turkey and foreign countries all over the world based on the sincere efforts and intentions of Anatolian people are also being defamed. Those Turkish schools introduce our culture to the world, construct bridges of peace, represent our country in the best way and give people around the world a good impression of the Turkish nation.”

Şimşek also said that labeling the movement, which serves as the volunteer representative of peace, with defamatory labels such as “the parallel state,” “a gang,” “a virus,” “a secret organization” and “Hashishin,” hurt the public conscience. Şimşek said: “The fact that Prime Minister Recep Tayyip Erdoğan gave ambassadors the duty of discrediting these Turkish schools in the countries where the ambassadors were serving at the recent Ambassadors’ Conference caused great disappointment in the public,” adding that targeting the esteemed Fethullah Gülen, who lives a life on an axis of love and respect and has no aim other than God’s contentment, with unmentionable defamatory words has broken many hearts.

In Ordu province, 30 CSOs released a joint public statement on Wednesday to demonstrate their reaction against the defamation campaign under way to disgrace the Hizmet movement.

Speaking on behalf of the group of 30 CSOs, educator Ali Erenler said that a campaign intended to erode the movement is under way. He said the Hizmet movement is being labeled with defamatory words without any substantiating information, documents or any kind of solid proof.

Erenler also said that many civil servants and bureaucrats had been were profiled as being close to the Hizmet movement and that they were reassigned without any legal basis in the wake of the graft probe made public on Dec. 17.

The Gebze Civil Society Platform, encompassing nine CSOs in Kocaeli province also protested the ongoing campaign of denigration being waged against the Hizmet movement in a press release on Wednesday. The platform said that the use of defamatory labels such as “Hashishin” for representatives of the Hizmet movement, which represents Turkey in many countries in best possible way, cannot be considered acceptable.