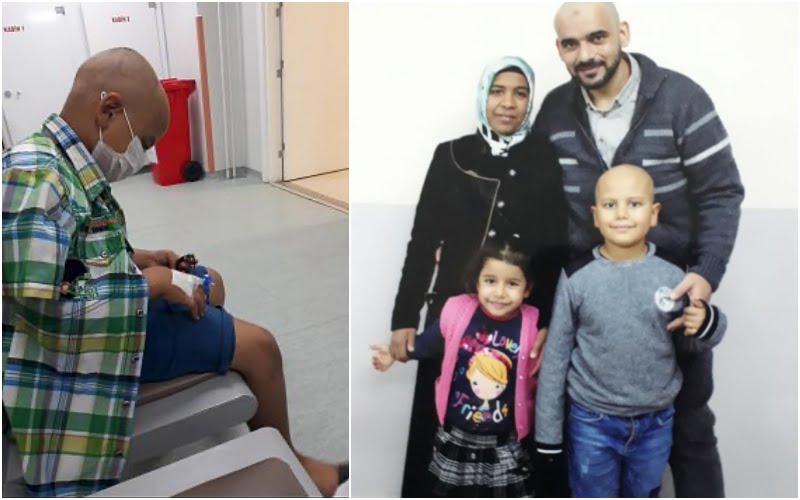 According to the reports, Ataç’s grandmother will accompany him during his treatment.

The child’s mother, Zekiye, who has long been calling for the removal of the travel ban so that she can accompany her son during his treatment, posted a video after she saw Ahmet off at the airport. In tears, the mother said: “Ahmet did not want to go to Germany without me. I told him I would come in two weeks. My son was dying before my eyes. … I am appealing to the authorities: Please don’t keep me separated from my son.”

Ataç came to public attention in Turkey due to a campaign to secure the release of her husband, Harun, who was convicted of terrorist organization membership and sentenced to more than nine years in prison in November 2018.

The couple faced prosecution for having worked at a dormitory that had links to the Gülen movement, accused by the Turkish government of masterminding a failed coup in July 2016. The movement strongly denies any involvement.

Zekiye Ataç was also jailed for two-and-a-half months on charges of being a Gülen movement follower. She was briefly detained in October.

Ahmet Burhan has been suffering from osteoid cancer for more than a year, which has now spread to his lungs. The woman has been calling for the release of her husband at least during the appeals process so that her son can be with his father during the treatment.

On Oct. 2 Zekiye Ataç had spoken to Euronews Turkish service about her social media campaign to have her husband released. In the interview she had said the child’s disease was discovered after his father’s arrest in March 2018 and that he needs his father to be with him to aid in his recovery.