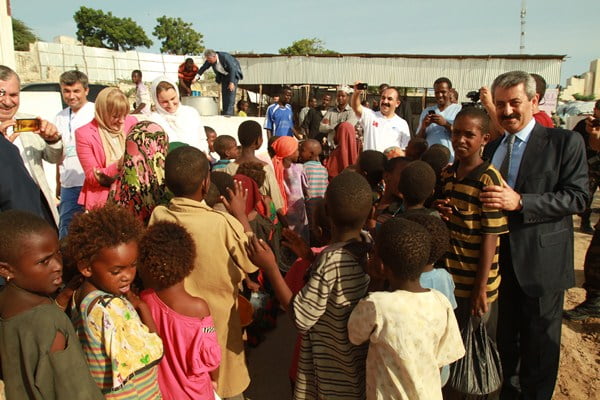 On a three-day visit to Somalia, Ging talked to the Cihan News Agency and said that Turkish NGOs are doing a great job in Somalia.

“During my visit to Somalia, I have had the chance to meet with some Turkish NGO officials. Turkish camps in Somalia have the highest standards and everybody knows this. They are doing a great job in the fields of healthcare, education and food aid. We, as the UN, appreciate the work that they are doing,” Ging said.

Kimse Yok Mu, which now reaches out to different regions of the world affected by catastrophes, is recognized by the Republic of Turkey as an association that works for the public interest. The status was accorded by Cabinet decree No. 2006-9982 on Jan. 19, 2006, with the approval of the president at the time.