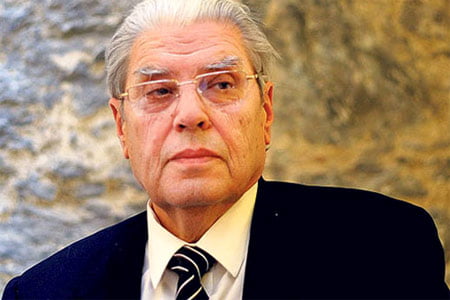 A former Vatican diplomatic official in Turkey, Msgr. Georges Marovitch who lost his life in a hospital at the age of 81 were buried after funeral ceremony held in İstanbul’s St. Esprit Church on Saturday. Msgr. Marovitch passed away the other day as he suffered from a multiple organ failure caused by sepsis and heart rhythm disorders and he was receiving treatment at the intensive care unit of the Istanbul Private Sema Hospital.

Mayor of Istanbul Kadir Topbas said he met Marovitch when the current Prime Minister Recep Tayyip Erdogan was mayor of Istanbul. As a humanist, Marovitch supported the idea of an alliance of civilizations in a real sense and he strived for unity between people; Topbas told the press after the funeral. Topbas also said; “he’s had an accident and after that he’s had some hard times. We visited him once at the hospital. He really loved Turkey and Istanbul.”

Harun Tokak, co-president of the Journalists and Writers Foundation, praised the role Marovitch played in making the world a more meaningful place. “He was a wise person. His work for building peace and brotherhood among human beings was valuable and deserves praise,” he said. 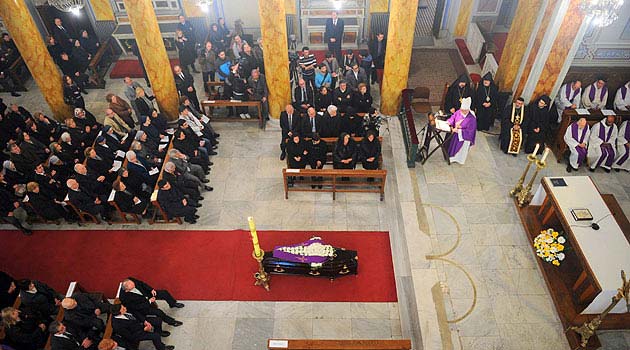 Tokak continued his words by saying he still could not forget what Marovitch had to say for Gulen; “At the time when Fethullah Gulen was on trial during the February 28th post-modern military coup era, Marovitch was called to testify. When asked about Gulen he said: ‘Gulen made us love Islam. Not only the Muslim world but also the Christian world needs this great thinker.’ He said this before the media, [when media attacked him unfairly and ruthlessly] said Tokak.

Fethullah Gulen extended his condolences after he learnt Msgr. Marovitch’s death. He said, “I learnt that Msgr. Marovitch passed away, whose sincere efforts for world peace I witnessed. I extend my condolences to his family and relatives. I wish them patience in these difficult days”.

Mr. Gulen’s condolence is available in Turkish on http://tr.fgulen.com/content/view/20489/5/

A new dialogue institute has been launched within Eurasia State University in Astana. The institute, jointly founded by Dialogue Eurasia Platform, Kazakhstan Historians Association, Kazakhstan Theologians Association and Kazakh TV will offer classes on the lives and contributions of influential personalities in the fields of history, politics, and philosophy. Eurasia University Rector Yerlan Sidikov at […]