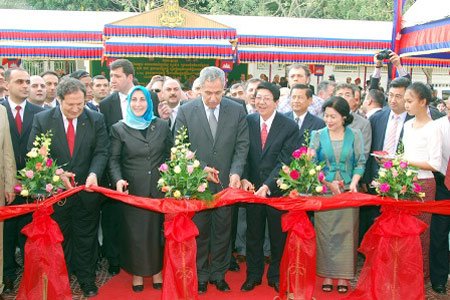 Zaman University was officially opened in Phnom Penh on Feb. 21, 2011, by the deputy prime ministers of Cambodia and Turkey, signaling the significance of this event. This educational development was encouraged by the government of Cambodia and supported by the Turkish Muslim community, which is inspired and guided by the Hizmet Movement. Business people in Turkey voluntarily contributed to support this noble endeavor. Some 200 businessmen also flew in from Turkey to participate in the opening ceremony.

I was part of the delegation of friends of the Turkish Cultural Center in Singapore. Dr. Erkan Polatdemir, who earned his doctorate degree from the National Institute of Education at Nanyang Technological University, Singapore, resigned from his teaching post at the Republic Polytechnic to serve as the first president of the university.

A gala dinner was held on the eve of the opening ceremony, with 700 guests, including local civic and political leaders. The function was held at the Grand Ballroom at Nagaworld, the finest integrated resort hotel in the country, which also houses a casino at which people were free to gamble day or night on the rows of slot machines and at numerous gaming tables. 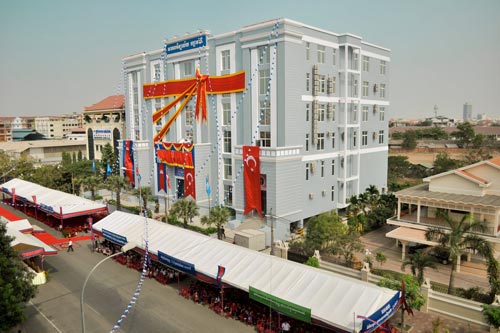 This demonstrated for me the titanic battle between the forces of evil and good. Zaman University is committed to the formation of leaders of the country, inculcating the principles of honesty, integrity, goodness, love and service. They are to teach care and compassion, peace and harmony. This great effort is contradicted glaringly by the evils gambling encourages. Will good prevail over evil in this struggle? What kind of human community are we building?

Recent history has shown the starkest evil in the genocidal regime of Pol Pot 30 years ago. This is a sad commentary on a country at its nadir. I was personally involved in the relief and rehabilitation efforts here by the worldwide Christian community. Our Christian humanitarian team was allowed to enter the city even before the citizens were permitted to return, following their evacuation to the countryside. Among the entire population of the city, five girls were found who could speak English; they served as our interpreters and one of them later became the wife of the ambassador to Singapore. We were among the earliest visitors to the killing fields and Tuol Sleng Genocide Museum.

Hope springs eternal and Zaman University will light a candle in the darkness. The children of the leadership of the county are among the 100 students enrolled in this obviously prestigious university. They will enter into this place of learning with the best available for them in the form of the dedication of its teachers and sponsors. Zaman University caters to the demand for higher quality education and for graduates to be trained to grow in the right direction for the development of their country. The motto is “Leading Your Way.” 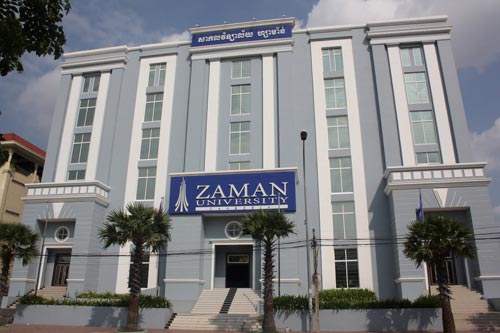 I congratulate the Turkish people of the Hizmet Movement for their commitment to bringing quality education to a poor Asian country and wish them success in pointing and leading the way to a brighter future for Cambodia and her people.

CENGIZ OMUKEYEV, BISHKEK/KYRGYZSTAN Seytek Grammar School, built by Sebat Educational Institution in Bishkek, Kyrgyzstan, started with a gorgeous opening ceremony. The opening ribbon of the impressive school building was cut by Kamila Talieva, Vice President of Kyrgyzstan. The folk dance performance of the students drew long applause from the audience. Talieva stated in her keynote […]