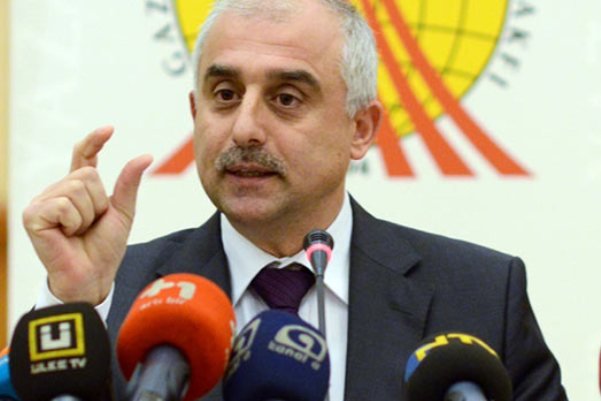 A journalist association affiliated with the movement of the Islamic scholar Fethullah Gülen issued a fresh call to President Abdullah Gül on Feb. 3, demanding that he take action over what it described as the government’s interventions in the ongoing graft investigations.

“A constructive and proactive approach from the president, who represents the unity of the country and the state, is urgent and indispensable to prevent social peace from being undermined, the country from being dragged into chaos, and an important part of society from being subjected to political and social lynching. Most important of it all, he should safeguard justice,” Yeşil added.

He rejected once again the claims that the graft probes were being orchestrated by members of the movement within the police and the judiciary.

“The repetition of those slanders that have come onto the agenda is a hate crime,” Yeşil said.

The GYV had warned in a previous statement that the movement could withdraw its support from the government if the Hizmet movement was further polarized. Gülen himself had written a letter to Gül last month in which he expressed concerns regarding purges within the police department and judiciary.

However, the government’s response to the probes with massive reassignments continued throughout January, with hundreds of police officers being relocated and prosecutors dismissed amid reshuffles.