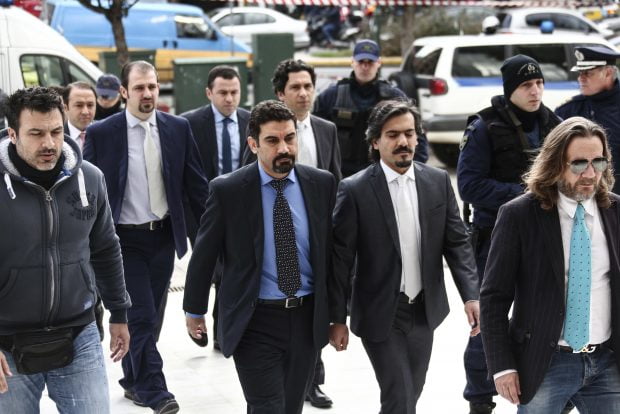 The new Turkish arrivals, many of them lawyers, doctors, engineers and authors, are concentrated in the center of Greece’s capital, the independent Turkish news site Ahval reported in a feature on their resettlement, adding that there are also 4,000 in the second-largest city and major port of Thessaloniki.

Many have been accused of membership in the Gülen movement, a religious group led by cleric Fethullah Gülen, who lives in Pennsylvania and who Turkey accuses of mastermindin the failed coup which led Erdogan to purge civil society and the military and thousands land in jail on what critics said were trumped-up charges.

The Turkish government had previously arrested some 77,000 people over links to Gülen, while another 150,000 civil servants, military personnel and others have been sacked from the government in the crackdown Erdogan said was aimed at sectors he said were threats.

Those Ankara has accused of links to Gülen may not even be safe abroad, dozens of alleged Gülen members around the world have been arrested and deported back to Turkey, said Ahval, with even New York Knicks player Enes Kanter believing he’s a target.

Ahval spoke to a number of Turks living in Greece, who all rejected the charge of membership in a terrorist organisation and were fearful of Turkey’s reach abroad to get at them and other Turkish citizens.

Some said they were targeted for having bank accounts with Bank Asya, a Turkish bank affiliated with the Gülen movement that the government shut down following the failed coup. Others said they had sent their children to a Gülen-linked school, which numbered in the thousands in Turkey before the coup attempt.

Some Turks now in Greece had worked for Gülen-connected media outlets. Before July 2016, many newspapers, magazines and broadcast stations in Turkey were affiliated with the movement.

most Turks in Thessaloniki are not looking to stay in Greece, but are hoping to reach northern European countries, where they expect to find greater opportunity, the site said.

Melih, a Turk living in Thessaloniki, said that Turks who make it across the Evros River party are kept in detention for two days, then taken to a special section in migrant camps.