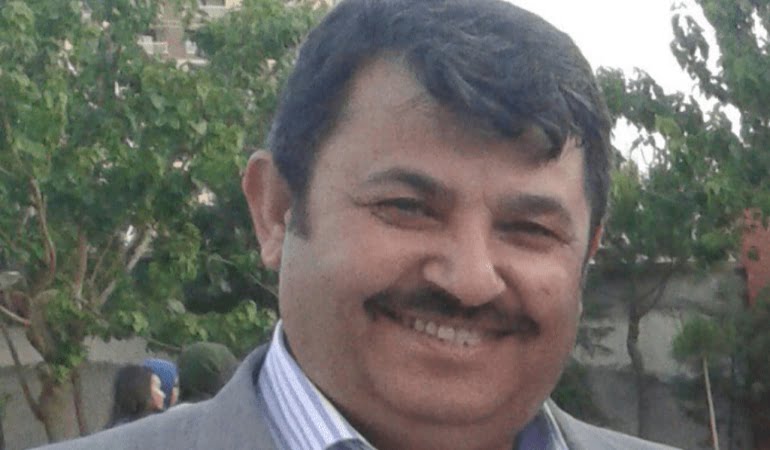 It was reported by online news portal Aktif Haber on Monday that jailed teacher Lokman Ersoy, whose repeating requests for release with pending trial over his worsening health conditions in Balıkesir’s Kepsut Prison was rejected by the prison management and legal authorities. Since his health conditions have deteriorated more severely he was eventually released from prison a few days ago. However, it was too late and Ersoy lost his life since he could have not got on-time health treatment.

According to the report, the health condition of Lokman Ersoy, who was jailed over his alleged links to the Gülen movement and whose repeated applications for having health treatment were rejected by the authorities, has become worse during his stay in the prison.

However, as a result of efforts for a long period of time, Ersoy was eventually released from the prison just a few days before his death. Due to the worsening of his health problems, the medicines and treatments at the hospital have not given any result and Ersoy lost his life in an İzmir hospital on Monday.

It was also claimed that, eight petitions submitted by Ersoy to the authorities to visit an infirmary were also rejected by the prison management.

Therefore the health conditions of Ersoy have worsened and eventually he was emergently taken to a hospital by an ambulance. He was diagnosed to have stone or tumor in his gallstone and cancer during his first examination at the hospital. It was also reported that Ersoy had always hemorrhoids during his long stay in the prison.

The Turkish state has a long history of executions in police stations, and there is suspicion that M.A. was also executed and the death was made to look like a suicide. The Stockholm Center for Freedom (SCF) has reported in one of its studies titled “Suspicious Deaths and Suicides In Turkey” that there has been an increase in the number of suspicious deaths in Turkey, most in Turkish jails and detention centers where a torture and ill-treatment is being practiced. In most cases, authorities concluded these as suicides without any effective, independent investigation.

The suspicious death has also taken place beyond the prison walls amid psychological pressure and threats of imminent imprisonment and torture, sometimes following the release of suspects or just before the detention. SCF has compiled 100 cases of suspicious death and suicides in Turkey in a list as of December 14, 2017 in a searchable database format.

Turkey survived a controversial military coup attempt on July 15, 2016 that killed 249 people. Immediately after the putsch, the Justice and Development Party (AKP) government along with President Erdoğan pinned the blame on the Gülen movement.