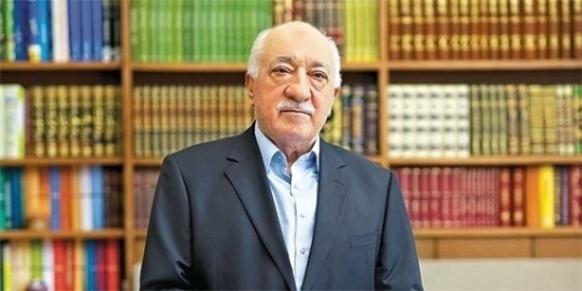 “My client, Mr. Fethullah Gülen, has been accused by a ‘pool of hate’ of baseless charges that are not compatible with any moral, conscientious, logical or common sense reasons for months,” Albayrak said.

Albayrak was referring to fabricated stories that appeared in pro-government media outlets, called the “pool media” due to allegations that President Recep Tayyip Erdoğan ordered a number of businessmen to create a pool of funds to acquire the media group that owns the outlets.

He further noted that the publication of claims about Mr. Gülen by pro-government media despite the fact that these reports had been found to be fabricated by a court of law shows the gravity of hate speech in Turkey.

“This shows the erosion of moral values,” he lamented.

Gülen’s attorney has been legally fighting the charges by judicial complaints, issuing responses and filing lawsuits for non-pecuniary damages. He had successfully forced the “pool media” to publish corrections following court judgments.

However, some claims kept popping up in these media outlets, Albayrak stated.

Albayrak believes that government is trying to orchestrate a sham trial based on false newspaper reports, warning that such an attempt would be a disgrace to the state and the government. The main goal, according to Albayrak, is to silence the corruption charges that implicated senior government officials.

Stressing that his client has never ordered, suggested or even hinted at illegal instructions to anybody or any institution, Albayrak said those who claim otherwise have so far failed to present any evidence. “They will never able to do so,” he vowed, emphasizing that there has never been such case.

Gülen and his Hizmet movement, a civic group active in education, charity and interfaith dialogue, are being targeted by a smear campaign. Some media organizations, owned and run by the Justice and Development Party (AK Party) government, have published stories saying that the scholar and his movement are part of a clandestine organization that seeks to overthrow the government.

President Erdoğan and some government officials have been raising similar claims and insulted the Hizmet movement. On various occasions, Erdoğan has called Gülen a “false prophet,” “fake saint” and a “bogus scholar.” He has called the Hizmet movement a “parallel state,” a “gang,” an “illegal organization” and “raving Hashashins” — referring to a historical order of assassins.

Gülen’s lawyer said his client has never established a hierarchical order to challenge the state authority and never ordered anybody to do so. He also refuted claims that appeared in the “pool media” that Hizmet forcibly obtained donations from citizens or people were intimidated by blackmail or threats. He noted that there are no boundaries to the smear campaign which has claimed that Gülen cooperated with the terrorist Kurdistan Workers’ Party (PKK) or that there were plans made to kill Erdoğan.

Albayrak explained that the current government has invented phantom enemies and relies on methods of psychological warfare to convince people that dealing with these enemies justifies the government’s illegal activities. These reports are published and disseminated on a daily basis by dozens of TV stations and newspapers to support this government approach.

He vowed that he will continue to seek legal remedies for the fabricated stories run against his client.

This is not the first time Gülen has suffered from the powerful figures and media. A smear campaign was staged in 1999 to build a prosecution against Gülen. A number of lawsuits were filed against Gülen during this process, however, he was acquitted of the charges, which was confirmed by the Supreme Court of Appeals on June 24, 2008.

Albayrak believes that the primary goal is to cover up the corruption charges based on legal investigations and carried out by the judiciary and to block the investigation process.