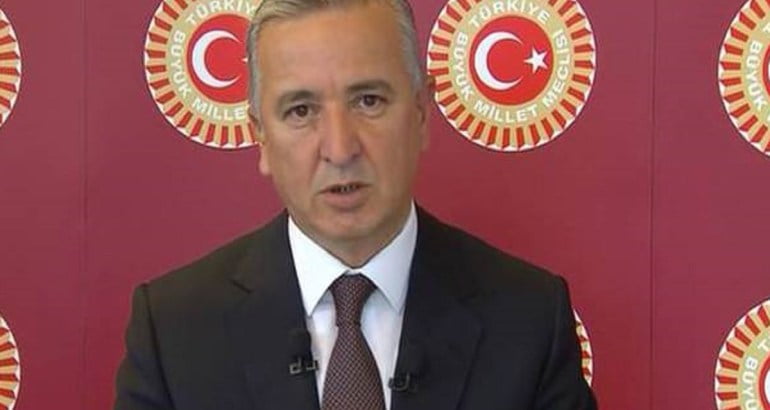 The mass-murder threat came in Ünal’s column in pro-government daily Yeni Şafak that more than 250 thousand sympathisers of Gülen movement along with reaching up to 1 million of their families are still living in Turkey. He further urged that the use of the Zarrab case as a political offense against Turkey will turn the pressure up against the followers of Islamic preacher Fethullah Gülen in Turkey and abroad.

The AKP’s Ünal claimed that the Zarrab case would be positive for President Erdoğan in the 2019 elections, would not lead to grave economic consequences and that the West and NATO would lose Turkey. Ünal also underlined that the current media structure would not allow the US to wield influence over people as it did during the Dec. 17/25, 2013 corruption operations.

Claiming that the Zarrab case will close the ranks around President Erdoğan, Ünal also threatened the Turkey’s main opposition Republican People’s Party (CHP), “CHP will pay the price of being a part of this American and Gülenist operation outside Turkey this time.”

Ünal has also said that the US and NATO would suffer in this process as well by stating that “Not Turkey, but the US and even NATO will pay the cost of breaking ties with Turkey. The US, the West and NATO will lose Turkey.” He also claimed, “It is now clear that President Trump and the deep state of the US march to different tunes.”

Following the massive corruption investigations of 2013 that implicated Erdoğan’s family, Turkey’s then prime minister accused the Gülen movement of plotting a coup against his government. Hours after Turkey’s controversial military coup in July 15, 2016, Erdoğan has also declared Gülen movement the mastermind of the coup plot despite the lack of credible evidence.

Zarrab was the prime suspect in a major corruption investigation in Turkey that became public in December 2013 in which with others from the inner circle of the ruling Justice and Development Party (AKP) government and then-Prime Minister Recep Tayyip Erdoğan for having paid Cabinet-level officials and bank officers bribes to facilitate transactions benefiting Iran.

After Erdoğan cast the case as a coup attempt to overthrow his government orchestrated by his political enemies, several prosecutors were removed from the case, police were reassigned and the investigation against Zarrab was dropped in Turkey.

Nine people including Zarrab, Turkey’s Halkbank Deputy General Manager Mehmet Hakan Atilla, Turkish Economy Minister Mehmet Zafer Çağlayan and former Halkbank General Manager Süleyman Aslan have been criminally charged with conspiring to violate US sanctions on Iran in the case in New York. Zarrab and Atilla have been held in a US prison.

President Erdoğan demanded the release of Zarrab as well as the firing of former US Attorney Preet Bharara, during a private meeting with then-US Vice President Joe Biden on Sept. 21, 2016, devoting half the 90-minute conversation to Zarrab, David Ignatius wrote for The Washington Post on Oct. 12.

Turkey survived a controversial military coup attempt on July 15, 2016 that killed 249 people. Immediately after the putsch, the Justice and Development Party (AKP) government along with President Erdoğan pinned the blame on the Gülen movement.