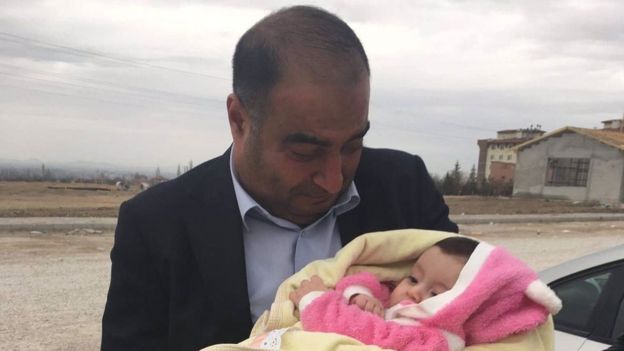 Çınar Babacan, father, is about to hand over his baby to Konya Eregli prison.

Conducting interviews with three women who are victims of emergency rule, BBC revealed that some of the women had not been provided by the prison administration with baby food and that they had to feed their infants adult food.

Speaking to BBC, a mother whose name was not revealed said she was detained on Oct. 27, 2016 with her newborn baby after she was dismissed as an English teacher in a Düzce province public school following the failed coup due to her ties to the Gülen movement, which is accused by Turkish authorities of being behind the coup attempt.

She said there were more than 10 women in İzmir Şakran Prison, to where she was transferred from Düzce along with her baby. 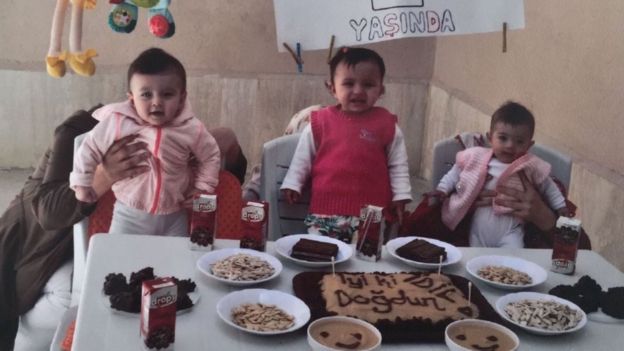 A birthday photo taken by a warden in Konya Eregli prison.

“I slept on a blanket on the cell floor with my baby. I was not given clean water, which I need to have enough breast milk. I begged the guards to give me diapers, but they didn’t provide me with wet towels to clean my baby after a diaper change,” she said.

Yağmur Balcı, another woman jailed over Gülen links in a prison in Trabzon’s Çaykara district, was also in a difficult situation with a nine-month-old baby, BBC said.

Balcı’s sister Zehra told BBC that the baby was given to her only three times a day for 10 minutes at a time in the first week of her imprisonment.

“They didn’t provide necessary baby care items or food to my sister,” she said.

“She was transferred to Ankara’s Sincan Prison. And inspectors from the European Commission put pressure on the prison administration to provide the necessities to women with infants. My sister thinks that’s why she was transferred to Sincan [Prison]. However, we were told it was prohibited when we tried to send a baby chair and baby carriage to the prison,” she added.

Ferda Babacan, a former ruling Justice and Development Party (AKP) local executive, said his wife Çınar was arrested in Ankara on April 12 over use of a smart phone application and that their five-month-old baby was given to him by the prison administration because they initially refused to let the baby stay with its mother. 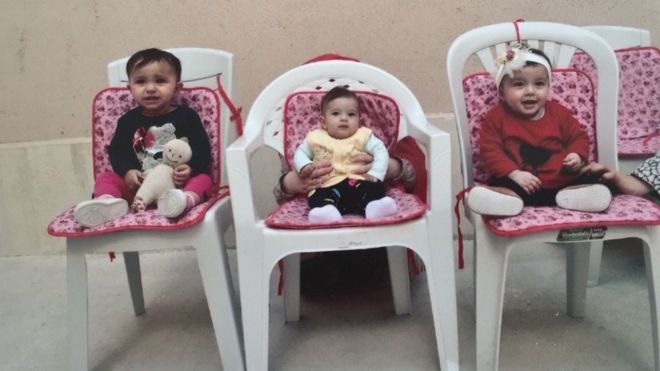 BBC also talked to AKP Bartın deputy Yılmaz Tunç, a member of the parliamentary Justice Commission, regarding the condition of women jailed with their infants.

Denying the presence of infants with their mothers in Turkish jails, Tunç said that “all trials are conducted in accordance with the Turkish Penal Code, the Constitution and international agreements.”

According to Tunç, all women who are pregnant or with infants were tried without pretrial detention.

Underlining that all the news in the media is black propaganda against the Turkish government, the AKP deputy said no applications had been submitted to him or his office in the Justice Commission regarding the poor treatment of women in jails.

Responding to a parliamentary question from main opposition Republican People’s Party (CHP) deputy Gamze İlgezdi on May 23, Turkey’s Justice Ministry said a total of 560 children under the age of 6 are being held in Turkish prisons along with their mothers.