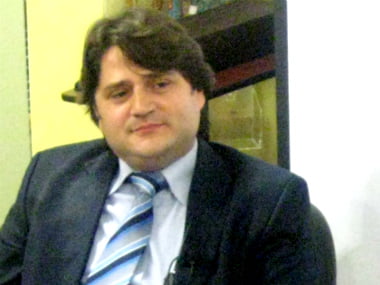 After the failed coup attempt in Turkey in July 15, 2016, the wide-scale purge led by President Erdogan has reached witch-hunt proportions. More than 120,000 people — teachers, military officers, judges, prosecutors, journalists, scholars, functionaries, airline employees, even baklava salesmen, and ordinary house wives were arrested or fired from their jobs for their alleged link to Fethullah Gulen, who Erdogan claims to be the mastermind of the failed coup.

Twenty-one people committed suicide in detention centers or prisons so far, although many believe that they were actually executed. Prisoners are systematically tortured, and many were even raped or sexually harassed.

Erdogan says: ‘Not all Gulenists took part in the coup attempt, it does not mean they will not be armed later. We will eradicate them all.’

In the past, during the Ergenekon and Sledgehammer trials, liberals and the Gulen movement made a fundamental mistake in expecting that the AK Party would promote Turkish democracy after the Military was sidelined. The AKP is actually a far-right party according to political science literature and Erdogan believes the AKP has a sacred mission and will remain in power forever. None of these are compatible with democracy.

Now Erdogan is using the ultra-nationalist camp to sideline the Gulen movement, liberals and left-wing opposition groups. They claim the Kemalism is back in the society and the state structure by Erdogan’s purge. But the truth is the Kemalism is already dead and Erdogan is establishing his own regime. Coming the moment Erdogan thinks the ultra-nationalist camp are not useful anymore, he will most likely not hesitate to sweep them away as he did in the past. The recent raid against the Cumhuriyet Daily is an important step to this intention. The second step would be Sözcü Daily.

Secular intellectuals and politicians have openly started claiming the July 15 coup attempt was a false flag to justify the state of emergency rules which eventually lead to a dictatorship in Turkey.

However, a dictatorship under the name of a presidential system will not work in Turkey since Kurds and Alevis along with ‘republican seculars’ strongly oppose Erdogan’s executive presidency.

Erdogan believed that the biggest obstacle before his Presidency was the Gulen movement, for that the movement has faced a brutal eradication which many believes a form of genocide.

The environmental situational factors, social political developments and psychology of the ruler of a country – along with his leadership traits – are significant indicators about the likelihood of an eventual occurrence of a genocide in a country.

While Erdogan mentions about the eradication of a social group, his followers have already called his youth organization to get armed.

PM Binali Yildirim says that the gate to a presidential system in Turkey was opened on July 15, which Erdogan sees as gift from God.

Leader of the main opposition Republican People’s Party (CHP), Kemal Kılıçdaroğlu has already accused the Justice and Development Party (AKP) government of laying the groundwork for a July 15 military coup attempt, saying that the brother of a senior AKP official led the abortive coup.

While more than 2000 schools linked to Gulen movement in Turkey were closed down, now Erdogan Government asks funds from Saudis to replace those schools.

For those who are looking for the truth, it is crystal clear that Erdogan wants to constitute a new state and a new society. In this regard, no one who is critical about Erdogan’s ruling style and goals can be safe in Turkey.

The relationship between regime type and the likelihood of a genocide should not be ignored. The authoritarian leaders tend to be dictators and when they are determined to be be the ultimate sole leader of their countries, they would easily intend to destroy, in whole or part, a communal, political or politicized ethnic group who refuse to obey him.

At the 2005 World Summit, it was affirmed that “each individual State has the responsibility to protect its populations from genocide, war crimes, ethnic cleansing and crimes against humanity.”

However, when a state is “manifestly failing” to protect its population from the four
specified crimes, it was also confirmed that the international community should be prepared to take collective action, through the Security Council and in accordance with the Charter of the United Nations.