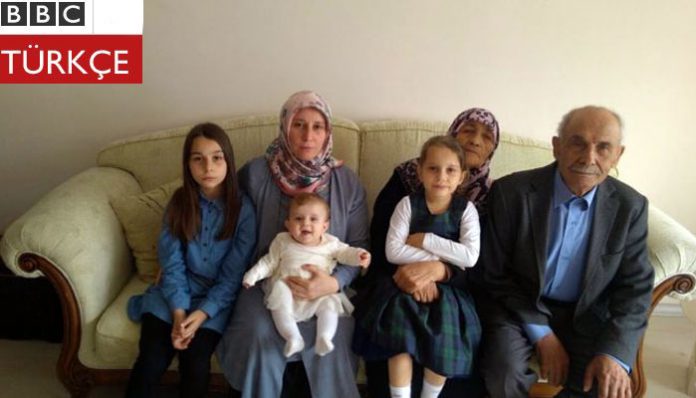 The families of abducted Gülen followers, whose abductions have been confirmed by eyewitnesses, have spoken to BBC Turkish service.

Eleven people have been reported missing in Ankara since January.

Search warrants were outstanding for the three of them as part of an investigation into followers of the Gülen movement, which is accused by President Recep Tayyip Erdoğan of organizing the coup attempt.

Fatma Asan, the wife of Önder Asan, said her husband was hiding due to the warrant issued for him.

“My husband said he would go to testify after the state of emergency was over. … We met on March 31 in Etimesgut. We decided to meet again on April 1 on Saturday, but he didn’t show up,” she said.

Fatma Asan said she found her husband’s car parked near Şentepe with its tires slashed. Fatma also said police and the prosecutor in charge are so reluctant to investigate the case that not even a single CCTV camera in Şentepe was examined for possible recordings of her husband.

Asan heard back again from her husband 42 days later when policemen called her father-in-law on May 12 to inform him that his son had surrendered.

Ülkü Çapan, the wife of Turgut Çapan, who was kidnapped on March 31, shared a video on social media to express her concern about his life. She said: “He had not stopped by home very often because his friends were being detained. He was going to come back home and we would take the kids for a picnic on March 31. I was going to pick the kids up from school, I met Önder Asan on the street, she told me that my husband was kidnapped in Şentepe.”

Çapan, whose husband is still missing, has made several official applications for information about husband’s abduction and met with the mayor of Ankara, who told her that her husband might have fled.

Meanwhile, Mustafa’s wife, Emine Özben, sought help in a video of herself, her 5-month-old baby and her mother, posted on a Twitter account under the name of the Özben Family. She said her husband has not been home since he took their daughter to school on Tuesday, May 9. The following day she went to the police, gendarmerie and many other places, but came away with nothing. She said policemen were not persuaded that he was abducted and they even thought he might have hid or escaped.

Özben received a call from her husband, who called from an unknown number. “He sounded worried, he asked about me and our children, then it just got messed up and we cut if off. He did not sound well. He made me feel he had been abducted, and what he wanted to know the most was if we were fine,” she said.

Recalling that one person was kidnapped in Ankara before the coup attempt and six after it in similar ways, Tanrıkulu said: “They have not been heard from. It is said that despite evidence gathered by relatives of kidnapped and disappeared people, security footage and witnesses, no investigations have been launched. The security forces are reluctant to launch an investigation.”

Underlining that all of the kidnapped people were targeted by an investigation into the Gülen movement and suspended from their jobs by government decree, the CHP deputy said, “According to security footage and witness testimony, in all the kidnapping cases black Volkswagen Transporter vans were used, and all seven were followed by people whose faces can be identified in security footage.”

The European Union on Thursday said it was closely following developments in Turkey including the abductions of people from the Hizmet movement, reminding Ankara of its responsibility to investigate these reported cases.

“The EU is closely following developments in Turkey on a daily basis. As for the reported cases of abductions, the EU has on many occasions stressed that any alleged wrongdoing or crime should be subject to due process and that the right of every individual to a fair trial needs to be respected,” said an EU spokesperson in response to a question about recent instances of abduction in Turkey.