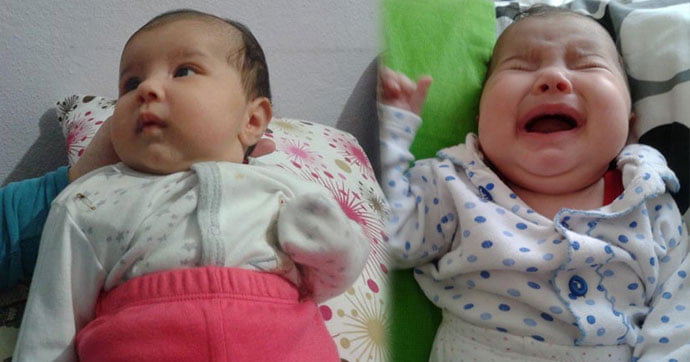 Under arrest along with his mother since April 27, three-month-old Betul A. has been suffering from oral thrush in prison, her grandfather told Turkish media.

Betul’s mother, Melek, a former teacher at an Izmir school which was closed the government as part of an investigation into the Gulen movement, was put in pre-trial detention in Sakran prison over Gulen links.

With her father, Ali İhsan also under arrest over similar charges, Betul is kept under mother’s care in prison.

The government accuses of masterminding the July 15, 2016 coup attempt and has already arrested more than 50,000 with alleged or real ties to the movement since then.

“I don’t know what are the accusations raised against my daughter and son-in-law. We are not able to afford a lawyer either. My granddaughter’s medicine is finished. She risks being caught an infection through wounds in her mouth. She needs treatment,” her grandfather Mehmet K. said in an interview with Hurriyet.

Her aunt Zeynep B. added that Betul’s treatment was left uncompleted after she was taken with her mother.