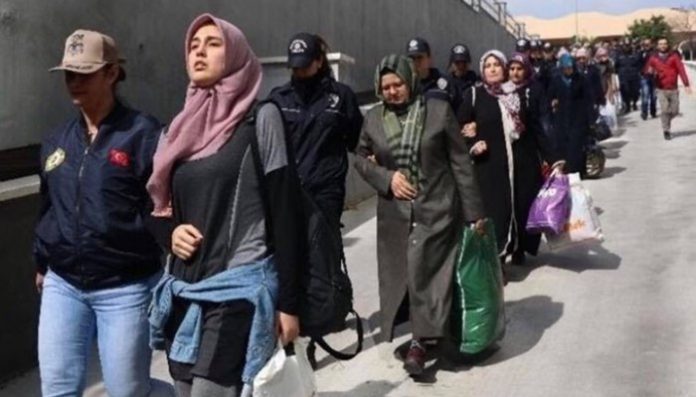 Among those being sought is Fatmanur Gülen, the niece of US-based Turkish Muslim scholar Fethullah Gülen, and Belkis Nur Tetik, the sister-in-law of Adil Öksüz, who is accused by the Turkish government of being a mastermind of a controversial military coup attempt on July 15, 2016.

The report said 33 women, including Fatmanur Gülen, have been detained thus far in simultaneous operations in 29 provinces across Turkey. The search for the other women is ongoing.

Turkish police detained a total of 4,725 people over alleged links to the movement in the first two months of 2018.

More than 17,000 women who have been jailed in an unprecedented crackdown have been subjected to torture and ill treatment in detention centers and prisons as part of the government’s systematic campaign of intimidation and persecution of critics and opponents, a report titled “Jailing Women In Turkey: Systematic Campaign of Persecution and Fear” released in April 2017 by SCF revealed.

Twin daughters of the Istanbul-based Şengün family were handed over to their 65-year-old grandmother as both E. Şengün and his wife F. were arrested after being kept under detention for 30 days. They are about to turn one with no father or mother in company.