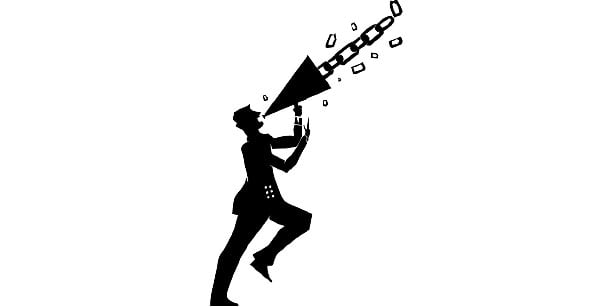 One of the very reasons for this success was the fact that the AKP changed its rhetoric and vision based on the lessons learned from its predecessor, the Welfare Party (Refah Partisi [RP] in Turkish), which was closed and banned in 1998 by the Turkish Constitutional Court. The AKP successfully distanced itself from extreme interpretations of political Islam and adopted a more moderate view of Islam, which was successfully applied by the Gülen movement not only in Turkey but also around the world.

Thus, it is safe to say that in the first years of its rule, the AKP adopted the vision of the Gülen movement, which provided guidance to the AKP elite on democratization, interfaith dialogue and level of civilization.

There are dozens of scholarly works about the Gülen movement that focus particularly on its moderate views and contribution to global education and peace.

As the AKP government successfully adopted that vision in the first phases of its rule, there was economic growth, political stability and integration with democratic institutions like the European Union. This phase can also be called the “Europeanization process,” which rapidly advanced Turkey’s bilateral relations with its neighbors. These were the golden years of Turkish foreign affairs as well.

Professor Ziya Öniş of Koç University argues that the first phase can be described as the AKP’s golden age, adding that this period was characterized by high and inclusive economic growth coupled with significant reforms on the democratization front, ranging from a radical reordering of civilian-military relations to the recognition of minority rights, the most notable feature of which involved the extension of language and cultural rights to Kurdish citizens, who make up almost a fifth of Turkey’s population.

While the Turkish political elite has successfully adopted this vision in both domestic and foreign politics, it is also possible for some Turkish government officials to embrace that moderate view of Islam that Gülen and his followers exemplified. But this embracing — if there is any — has never provided any evidence that people employed in any of these government bodies acted directly under the orders of Turkish Islamic scholar Fethullah Gülen.

Considering the leadership style of President Erdoğan and his obsession of needing to control everything, it is so easy to understand that the government officials during all these years have been acting according to the policies shaped by Erdoğan and his government.

While Zekeriya Öz was the actual prosecutor of the Ergenekon case, Erdoğan claimed to be the case’s prosecutor. The same was true for the Sledgehammer case and others.

In every country the police force is shaped according to the policies of the ruling government. If the security forces violate any human rights today it is the Turkish government that should be responsible, as expected from any normal democracy. It is a crystal clear that human rights violations cannot be directly related with the police in any country. The readily available data indicates that democratic policing applications find ground when democracy gets in progress. On the contrary, when the political system evolves to authoritarianism, police brutality increases accordingly.

Turkey had emerged as a shining star and a role model for democracy when it allied with Gülen’s vision. When the Erdoğan government started a witch hunt against the Gülen movement, Turkey turned into an autocracy where the government has no respect for civil rights and liberties.

The Turkish president has been pursuing a witch hunt against the Gülen movement since a corruption probe struck his government on Dec. 17, 2013. He claims the police officers and prosecutors who launched the investigation were affiliated with the Gülen movement, announcing his commitment to exterminate the movement by whatever means necessary. Civil society and critical voices in media and academia are the targets of these assaults.

By using state power and millions of taxpayer dollars, Erdoğan is even expanding the witch hunt and smear campaigns by funding a law firm based in London and its affiliated public relations team in the US.

It is not even worth noting the names of the perpetrators of this smear campaign, since no one in the mainstream media or academia is taking them seriously. How can a normal person take someone who claims that the Gülen movement is more dangerous than the Islamic State in Iraq and the Levant (ISIL) seriously, while there are dozens of dissertations, articles and scholarly written books available about the Gülen movement?

The smear campaign even includes some ridiculous accusations, claiming that Mr. Gülen has allegedly plotted a conspiracy against a radical Islamist group called Tahsiyeciler, whose sympathy for al-Qaeda was well documented by Turkish intelligence agencies between 2008 and 2010.

The call by the group’s leader urging all Muslims to join al-Qaeda is still even on YouTube.

I should remind these gentlemen that Mr. Gülen was not the interior minister, the minister of justice or the prime minister when the members of this group were being investigated, prosecuted or found guilty. It was not Mr. Gülen who praised the detention of these group members, but Mr. Muammer Güler, the governor of İstanbul at the time who publicly announced that police raids were a victory against a local al-Qaeda affiliate.

While the Erdoğan government seizes media companies, private properties, schools, banks and corporations and imprisons journalists and businessmen linked to movement, no violent reaction to the government has emerged

So please, my friends, “Be bad but at least don’t be a liar, a deceiver!” Tolstoy says in Anna Karenina.

* Aydoğan Vatandaş is an investigative journalist based in New York.

Intellectuals and journalists who gathered at a workshop for a debate on how the media treats non-Muslims in society have said that the media has had a crucial role in imposing official ideology on society. “It is not that all negative perceptions in the media regarding non-Muslims have been determined by media bosses or chief […]