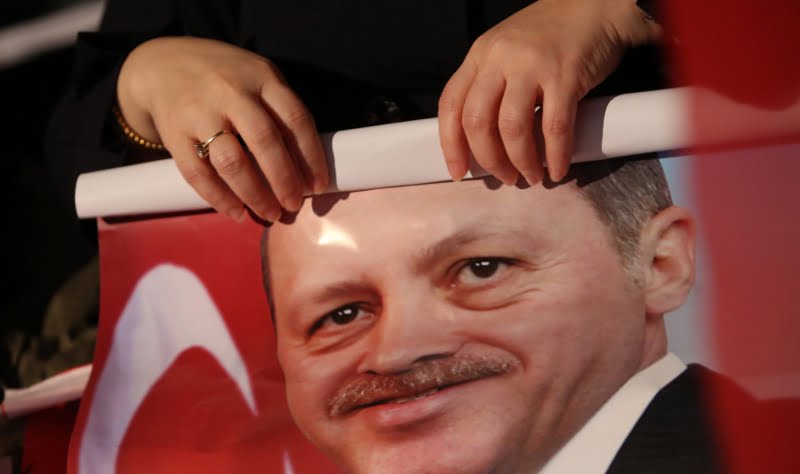 The past couple of months have been tumultuous in Turkey. In short order, an ill-conceived military coup was followed by popular mass protest, the quick return of President Recep Tayyip Erdogan to power, and a wave of repression ranging from military and judicial purges, to state restrictions on a panoply of basic human rights protections, to allegations of “widespread human rights abuses” by state actors. One of the most disturbing elements of Ankara’s reaction to the failed coup is its decision to use the ensuing state of emergency as an excuse to forgo commitments to human rights that it made under several major international treaties, a move that cannot be ignored by the international community.

On July 20th, a state of emergency was declared in Turkey putting several inter-related measures into effect. Under the state of emergency, Prime Minister Erdogan can pass legislation via decree and without Parliamentary input, the Turkish military can act abroad to “capture or incapacitate persons who have carried out disruptive actions in Turkey;” the government can restrict media broadcasts and impost curfiews; Turkish residents and visitors are required to carry IDs at all times; state police have the power to conduct on-the-spot searches (without reasonable cause); suspects may now be detained for a maximum of thirty days (increased from a four day maximum) with no access to judicial oversight. The emergency measures also authorized the closure of 1,043 private schools; 1,229 charities/foundations; 19 trade unions; 15 universities; and 35 medical institutions for purported ties to Fethullah Gulen and the Fetullahist Terrorist Organization (FETO).

Later in the summer, Turkey made several formals claims (or derogations) to its partners in two enormously important human rights treaties that it can no longer fully and effectively protect human rights on the basis of national emergency. On July 21, Turkey informed the UN of its derogation from the International Covenant on Civil and Political Rights under Article 4, specifically citing derogation from Articles 2/3, 9, 10, 12, 13, 14, 17, 19, 21, 22, 25, 26, and 27; and effective on August 2.  On July 22, Ankara notified the Council of Europe of its derogation from the European Covenant on Human Rights under Article 15. This notification does not indicate specific articles.

This is not the first time that Turkey has derogated from its international human rights obligations. In fact, as I have outlined at length elsewhere, Turkey might well be described as a “serial” human rights derogator. Over three decades Turkey has abrogated an array of human rights protections ranging from the right to freedom of assembly and association, to freedom of expression, to due process and fair trial rights, the right to privacy, and the right to an effective remedy under law. As a result, Turkey has been found in persistent violation of the European Convention of Human Rights. Most notable perhaps are breachesof the torture and arbitrary deprivation of life provisions of the Convention. The European Court of Human Rights has, almost without exception, found that Turkey’s use of derogation measures was unnecessary in a democratic society, a foil for repressive and discriminatory measures (often focused on the Kurdish minority in Turkey) and used as a means to circumvent Turkey’s legal obligations under international human rights law. The point is, that these new national security measures are not new at all, and there is a default position to use exceptional measure in Turkey which are not objectively justified by the facts on the ground. What this also tells us is that historically there have been few self-correcting impulses in Turkey with respect to abuse of national security powers. It would be highly unlikely in the current circumstances that such restraint would be activated.

Despite some regional political pressure on Turkey including concerns voiced by the EU about “widespread human rights abuses”, UN warnings about violations of international law and the Council of Europe’s pronouncements on the need for restraint, there is little evidence that the abuse of executive powers is lessening. The lack of sustained pressure on Turkey for its human rights excesses is underpinned by unpleasant realpolitik. Namely, that harsh responses to Turkey’s crackdown might collapse the deal struck to limit the influx of refugees to Western Europe. From an accountability perspective, in real terms derogation gives a veil of legal legitimacy to state repression, one of the long-standing weaknesses of treaty based human rights oversight. Undoubtedly, over time cases will wind their way to the European Court of Human Rights. In the meantime, allegations of ill-treatment and torture will continue, academics, judges and lawyers face an uncertain future, civil society space will inexorably contract, and a free hand will be given to an autocratic leaning political party well capable of equalizing the extremity of the coup with the extremity of its own anti-democratic response.  The Turkish use of exceptional powers demands a robust response from oversight bodies including the United Nations Human Rights Committee and the Council of Europe.  Such a response requires strict interpretation of the object and purpose of human rights treaties, an awareness of the capacity of states to manipulate derogation measures to cover up regime illegitimacy and overreach by the state in the name of national security.  Turkey is not the only state utilizing derogation to nefarious ends, but it is situated within a regional context that has the capacity to ‘call out’ such behavior.  The time to do so is now in the midst of large-scale violations of human rights, not when the dust has settled a couple of years down the line.