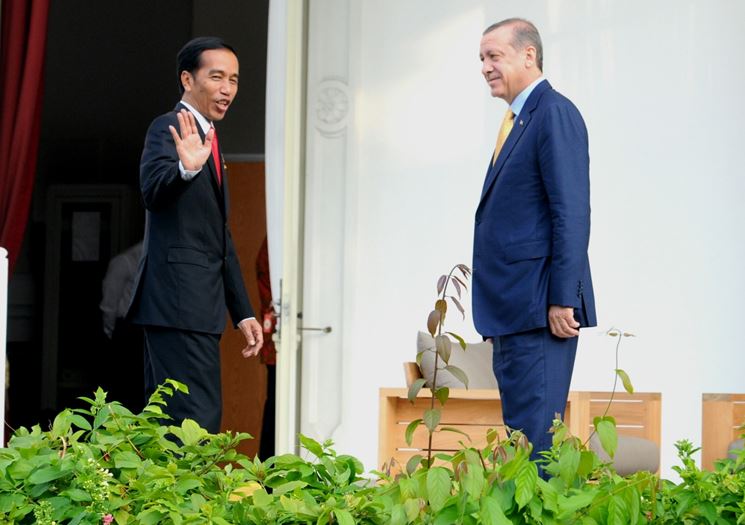 Last Thursday (30/7), President Erdoğan started his three-day state visit to Indonesia. After a meeting with Indonesian President Joko Widodo, they held a joint press conference in the State Palace. Several agreements were made in the talks, including a promise to remove trade barriers and a proposal to improve ties in intelligence to stop Indonesians from joining the Islamic State.

On the other side, there is one very important thing that Indonesia must avoid. The Turkish government has been inching ever closer to becoming an Islamist nation, abandoning its secularity that has acted as the foundation of modern Turkey until now. The government’s power is also getting increasingly concentrated in the hands of the Turkish President Recep Tayyip Erdoğan, who is also Turkey’s former prime minister for eleven years. Erdogan has been using rather nasty measures to eliminate challenges to his reign, most notably that from Fethullah Gülen, a moderate Turkish Muslim figure who is currently living in a self-imposed exile in the United States. Now, Erdoğan’s government suffers from allegations of corruption, politicization of the judiciary, media intimidation and censorship, electoral fraud, and political polarization.