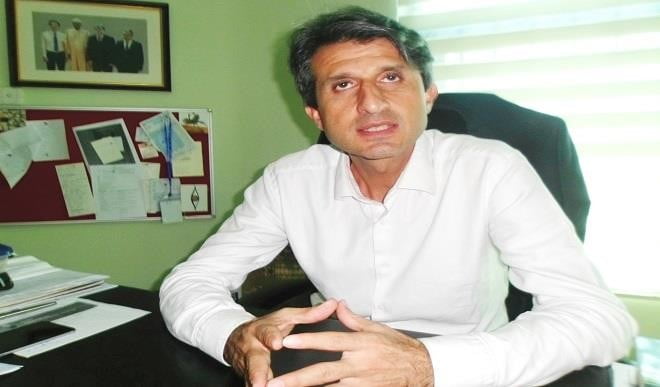 Cemal Yigit is the spokesman of Ufuk Dialogue Foundation

Cemal Yigit is the spokesman of Ufuk Dialogue Foundation, a Nigeria-based foundation that advocates the philosophy of the Hizmet Movement initiated by the Turkish opposition leader, Fathullah Gulen. In this interview he denounced the recent coup attempt in Turkey and denied the allegation that the Hizmet Movement was involved, saying Gulen himself had been a victim of several military coups in the country.

What is the philosophy behind the Ufuk Dialogue Foundation, which represents the Hizmet Movement in Nigeria?
The Ufuk Dialogue Foundation is a platform where Christians and Muslims come together to promote peaceful coexistence, mutual understanding and dialogue, especially between the two religions. This is because we believe that if we come together we can talk the talk and walk the walk. This is our philosophy. To this end, we have been organising international conferences and youth talks on a yearly basis. That is why the foundation keeps bringing together, people from all walks of life in order to give out a good picture, especially to the grassroots, that mutual understanding is possible.

There is a way to eradicate prejudices, misunderstanding and misconceptions that usually erupt because of the lack of the knowledge of others’ religion. It is always good to equip ourselves with the right knowledge of our own religion, but at the same time, our neighbours and people who live in the society should be able to understand one another.

How have you been able to effectively pursue this philosophy?
Well, the Ufuk Dialogue Initiative is actually advocating the philosophy of the internationally known Hizmet Movement, which is a non-governmental, non-political civil society movement. It is a transnational movement which is today active in more than 160 different countries, including Nigeria. It mainly engages in education, charity and dialogue. The movement is represented in Nigeria by Ufuk Dialogue. That is why we are denouncing the attempted military coup in Turkey because Hizmet Movement’s philosophy has always been pro-democracy. This is because any type of military intervention will retard democratic development.
Turkey had suffered military coups in 1960, 1970, 1980, 1997, 2004 and 2007. We are talking about a country that had spent decades under military tutelage. As a result of that, today we have a military-imposed constitution. That is the key reason why we still have a lot of problems in Turkey in terms of authoritarianism, violation of human rights, suppression of dissidents, freedom of expression and other freedoms.

How would you describe the latest attempted coup in Turkey?

What happened recently was unfortunate. Military interventions are always suppressive. According to our understanding, the worst democratic administration is better than the best military rule. This is our stand. The initiator of the Hizmet Movement, Fethullah Gulen, has always been an advocate of democracy. Since he established the movement in the 1960s, Gulen has been advocating peace and dialogue, as well as emphasised on democracy. “There is no U-turn from democracy,” he had said. This means that although we might not be happy with today’s democracy, we can make it better with our contributions as a people. Gulen himself was a victim of military coups many times. He was imprisoned and his rights taken. Maybe it was one of the reasons he moved to the United States on a self-imposed exile. He has been in Pennsylvania, United States since 1998.
It is very unfortunate that the Turkish administration is blaming Gulen and the movement for the recent stage-managed coup attempt. It is now clear that the administration in Turkey is using the coup attempt to crack down on the opposition. It was irresponsible to make a statement at the night of the coup attempt that some people were guilty. Something like this requires proper investigation. I think that is why Gulen emphasised during an interview that he was ready for any kind of international but neutral investigation. It is a huge insult to accuse us of involvement in a military coup.

The attempted coup took place about 9:30 pm (Nigerian time) and I started receiving calls from my friends who said, “Congratulations, the oppressor is being thrown away.’’ But I said no, this is not acceptable, and God knows I was in tears because I know what military coup means. I know how it would violate democratic developments, human rights, and how many years it would take Turkey backwards. Of course I disagree with the government, but that doesn’t mean I have to support a military coup. It is totally a different thing. That’s why we back those who disagree with this administration. We don’t back the president, but we back our nation and democracy. It doesn’t matter how we are demonised or decimated by the president, we are the core of the nation. That country is mine and I love it. That is why I will continue to contribute to the peace of my country, even from abroad. This is why the Hizmet Movement is coming out to denounce the attempted coup in Turkey. It is a threat to our democracy.
Unfortunately, as we speak, about 60, 000 people, including teachers, police officers, judges, professors, deans and other academicians, are either sacked, banned or had their licenses revoked. More than 100 journalists had their press cards cancelled.

Why do you think this is so?

It is very simple. The president made up his mind that this coup was masterminded by Gulen or the Hizmet Movement, which they call Fetullah Gulen terrorist organisation. We don’t know how they came about their information, but many countries are demanding the evidence and motive of the intelligence agencies. Fabricated ones could be given, only God knows.

It is understandable if military personnel involved in the coup attempt were arrested; and they deserve to get maximum punishment if found guilty. But what about the teachers, the professors, journalists, judges, prosecutors; how did you come up with that list? This is the question people are asking. They are even asking whether the list was ready before the coup attempt. As long as they are law abiding citizens, you have no right to question their philosophies.

If the coup was successful, what would have been the position of your movement?

Well, the movement would have most probably been suppressed by the military. It is a civil society movement. Thank God that the coup attempt was successfully thwarted; if not, it could have led the country to a very bloody civil war. So I am very happy that it was not successful. But I am unhappy that the administration is using the failed coup to suppress the people and turn the country into dictatorship. In a democratic setting, when you are elected you cannot only serve those who voted for you; you are everybody’s president or prime minister. If you act like this you are creating an unmanageable country, and that is exactly the case in Turkey right now.

What lessons do you think your country should learn from the coup attempt?

According to my understanding and analysis, it is very clear that Turkey needs a civilian constitution. Such constitution will always back the civilians rather than defend the state against them. Today’s constitution is designed by the military, that’s why it is not serving the interest of the people. Turkey must take this lesson seriously.

This administration is making excuses to turn Turkey into an authoritarian country. Many analysts believe that this coup attempt was stage-managed by the Erdogan administration to consolidate power. When you look at the events of the past days there is a lot of evidence that it might be true. I am very worried because there are family members of mine who have different ideologies but no more with Erdogan, and we understand that not being loyal to him is a crime in Turkey.