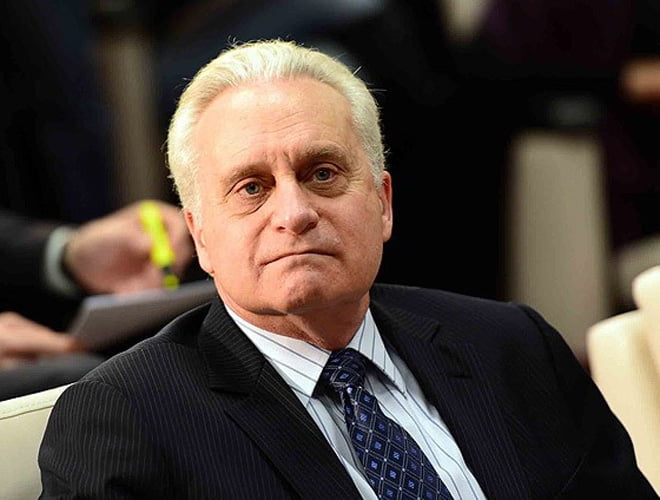 ANKARA
Reports appearing in pro-government newspapers accusing US Ambassador to Turkey Francis Ricciardone of remarks regarding a major graft probe were manufactured by government teams, according to the Taraf daily on Wednesday.

On Saturday four pro-government dailies ran the same story claiming Ricciardone had told a group of European ambassadors that the US had asked Turkey to cut the Iranian financial link with Halkbank — a bank that is now accused of suspicious money transfers, as well as gold trading, with Iran.

As Turkey did not heed the US’s instructions, Ricciardone reportedly concluded, “You are now watching the collapse of an empire,” referring to the ongoing investigation into alleged bribery and tender rigging in Turkey. This alleged comment came on the same day that the police detained bureaucrats, three ministers’ sons and Halkbank’s general manager, on Dec. 17.

The Taraf daily says the ruling Justice and Development Party (AK Party) made plans after the graft probe to conduct psychological warfare undermining the credibility of the corruption claims.

A team headed by Culture and Tourism Minister Ömer Çelik is to provide news pieces for pro-government media outlets, says the daily, and the Ricciardone story was reportedly created by this team. Mustafa Varank, Ertan Aydın and Aydın Ünal, known members of Prime Minister Recep Tayyip Erdoğan’s inner circle, are expected to participate in the group’s activities in the future.

Erdoğan implied on Dec. 21 that Turkey could expel the US ambassador for his alleged remarks. Speaking at a rally in the northern province of Samsun on Saturday, Erdoğan struck a defiant tone, adamantly rejecting any wrongdoing and characterizing the corruption case as an international plot to weaken Turkey’s growing economy, stifle its diplomatic clout and topple the Justice and Development Party (AK Party) government.

“In recent days, very strangely, ambassadors have been involved in some provocative acts. I am calling on them: Do your job. If you leave your area of duty, this could extend into our government’s area of jurisdiction. We do not have to keep you [Ricciardone] in our country,” Erdoğan told supporters in the Black Sea province, implying that the US ambassador could be expelled.

The US Embassy to Turkey has denied any role in the investigation. “All allegations in news stories are downright lies and slander,” it said in a statement.

The embassy’s statement said the massive corruption probe in Turkey has nothing to do with the US, denying the reports produced by pro-government dailies. He warned that nobody should put Turkish-US ties at risk with such false claims.

The embassy also denied any meeting between Ricciardone and European ministers in Ankara on Dec. 17.

Denying the allegations via his Twitter account, Çelik said he would file a legal complaint about Taraf’s story. “[Taraf’s] story is obviously a lie. The news piece is part of a typical, primitive, very well-known and dirty psychological war. Not even a word is true,” he added.

Taraf also claims that the AK Party aims to create the impression that members are leaving the Hizmet movement by employing people from Hizmet’s inner circle. As a first step, according to Taraf, the government intends to have Ahmet Taşgetiren, a columnist formerly working for the pro-Hizmet Bugün daily, employed by a pro-government publication such as Sabah or Star.

From anonymous social media accounts such as “WUAttack,” “Akkulis” and “Türkiye Sevdalıları,” which seem to be operated by ardent supporters of the government, many offensive and insulting tweets have been posted about the Hizmet movement, led by Turkish Islamic scholar Fethullah Gülen, and the movement’s democratic reaction to the closure of exam preparatory schools. Yet such tweets do not only appear from anonymous accounts, as even Erdoğan’s advisors have made defamatory statements about Hizmet figures, ridiculing their efforts to stop the government decree to close prep schools.

For instance, on Nov. 16, Aydın Ünal, chief adviser to the prime minister, tweeted, “It is treason to occupy the agenda with a campaign of agitation over prep schools, which are a means of exploiting the children of Anatolia, while a new Turkey is established in Diyarbakır.” He also accused Hizmet followers of being “servants of Israel.”

Another Twitter user, “esat ç.,” who previously identified himself as social media adviser to the Prime Ministry and shared images from the prime minister’s rally in Diyarbakır on Nov. 16, did not refrain from openly insulting and cursing the editors of Today’s Zaman on Twitter.