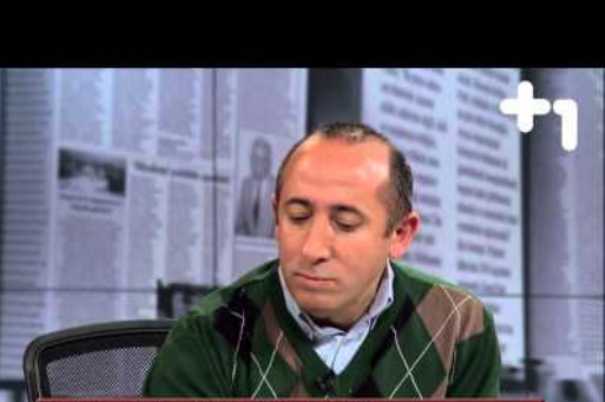 MURAT AKSOY
In the Gezi protests, the AK Party lost its supporters who played a role in the 2010 referendum. But this was not important for the AK Party. Babuşçu had said this three months before the Gezi incidents.

During the Gezi process, the prime minister tried to consolidate his support base by relying on a discourse of “50 percent.” From this perspective, this discourse was a state of politicization that preferred polarization.

The transformation in high schools in the aftermath of the introduction of a new practice in the education system, which has generated serious discussions, is rather important. Via this process of transformation, most general high schools were converted into specialized high schools. After this transformation, the number of religious schools systematically and dramatically increased. Let us assume that this was a deliberate political preference and choice as part of the dream of an ideal society. Many students had to go to these schools despite the fact that they did not even choose to.

This process was followed by discussions over shutting down prep schools, which the government argued has been under the spotlight since 2009. This step showed that the AK Party did not only want secular circles and actors but also religious communities in the public sphere. We have all observed the developments in the bureaucracy and the judiciary in the aftermath of the Dec. 17 investigation, which remind us of a witch hunt.

The AK Party viewed the investigations into the corruption and bribery allegations on Dec. 17 as a coup attempt against its government. And previous plans were immediately implemented. The problem with these plans was that no substantial reason was referred to in this process.

The elements of guardianship within the state, if any exist, should be purged but this should be done by relying on the law. The discourse that guardianship was established in the judiciary and bureaucracy is not convincing because, up until recently, the AK Party was part of such a guardianship.

The AK Party, which parted ways with a small group in the Gezi process, now did the same with the Hizmet movement in the aftermath of Dec. 17.

At this point, the number of votes which the movement holds is not important because the problem we are dealing with right now is not the votes which the AK Party will receive in the local and general elections. The problem is that there is a Turkey based on a single identity whose conservative/right-wing tone is more apparent rather than a pluralist vision.

The problem we are dealing with is the AK Party’s attempt to homogenize society and rule the country with an awkward form of a presidential system. The problem is the emergence of an authoritarian single-party approach based on patriarchal tendencies.

And as such, I do not feel caged or trapped as a person who remains outside the conservative world. The only thing that I feel is that I need to keep objecting to what is happening as long as I am able to write and express my views because the AK Party’s new Turkey is extremely different from the one I have been dreaming of.

And finally, we need to ask this question: What changed the AK Party’s political choices in 2011? There are two answers to this question, which will be explored in further detail in future columns: the temptation of the Arab awakening and the deadlock in the Syrian crisis.

*Murat Aksoy is a journalist and writer based in İstanbul.