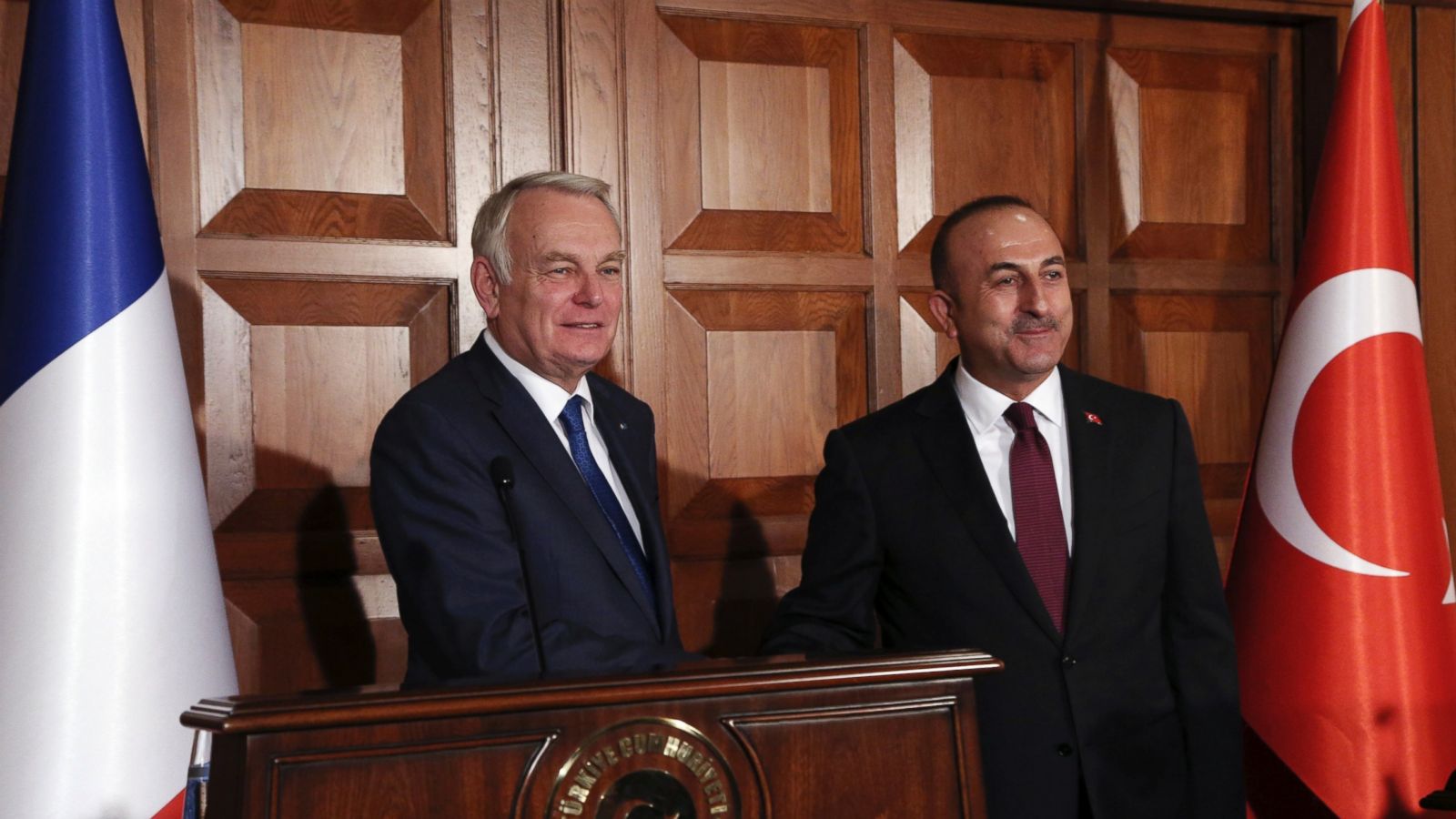 France's Foreign Minister Jean-Marc Ayrault, left, and his Turkish counterpart Mevlut Cavusoglu shake hands after a joint news conference in Ankara, Turkey, Monday, Oct. 24, 2016. Ayrault has called for an end of the "massive bombing raids" by Russia and the Syrian government forces to allow for the delivery of aid to beleaguered populations and the resumption of peace efforts in Syria. (AP Photo/Burhan Ozbilici)

Jean-Marc Ayrault said during a joint news conference with his Turkish counterpart in Ankara that France understands Turkey’s need to pursue the perpetrators of the failed July 15 coup attempt and did not underestimate the threat posed by the coup-plotters. But, he said, the country must respect the rule of law.

Turkey declared a 90-day state of emergency and began a massive crackdown on a movement led by a U.S.-based Muslim cleric it accuses of orchestrating the failed coup. The cleric, Fethullah Gulen, has denied involvement.

The state of emergency, which was extended this month by another 90 days, allows the government to rule by decrees and authority to detain suspects for up to 30 days and limit their access to lawyers.

Ayrault said: “We must reiterate our attachment to the rule of law, to fundamental rights, the right for all to benefit from a fair trial and to defend these rights with the support of lawyers.” ?

Turkey frequently cites a state of emergency that was declared in France, following terror attacks there, to defend its decision to extend emergency powers.

Turkish Foreign Minister Mevlut Cavusoglu said Monday there was no difference between the two countries’ emergency declarations — a claim Ayrault refuted saying the French model did not undercut legislative powers and guaranteed “the independence of justice.”

Cavusoglu said: “Whatever legal proceedings terrorists attacking France are facing, so are the terrorists connected to (Gulen) who participated in the coup attempt and they have been handed over to the judiciary.”