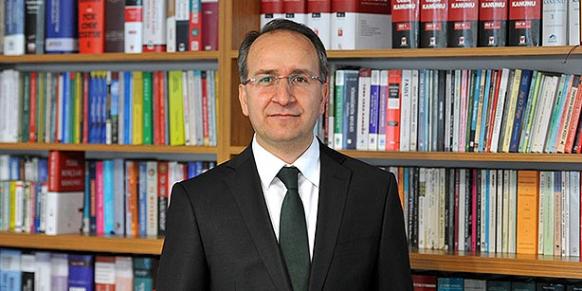 In what would seem to be another unjustified, government-motivated judicial action against the Gülen movement, a civil society organization inspired by Gülen’s views, the İstanbul 3rd Penal Court of Peace issued an arrest warrant on Tuesday for Gülen, and for journalist Emre Uslu, at İstanbul Deputy Chief Public Prosecutor İrfan Fidan’s request, the Hürriyet daily website reported on Tuesday.

Albayrak noted that Gülen, who has resided in the US since 1999 and whose address is public knowledge, must be summoned by Turkish and the US authorities for testimony, according to legal agreements between the two countries, before an arrest warrant can be issued. Albayrak also underlined that according to Article 98 of the Code on Criminal Procedure (CMK, Law 5271), a court can only issue an arrest warrant if the accused has not responded to an order to appear that is appropriately delivered to his current address.

Rejecting Fidan’s accusations, Albayrak stated that the warrant is unacceptable according to the principles of international law and to the conscience of the people to accuse Gülen without concrete evidence showing that he is involved in a crime. According to the Turkish anti-terror law, no individual or group united under an ideology can be accused of terrorism-related crimes unless they are involved in violence.

According to the story on the Hürriyet daily website, in his letter to the İstanbul 3rd Penal Court of Peace, Fidan accused Gülen and Uslu of being involved in the establishment and administration of an armed terror organization, an attempt to overthrow the government of the Turkish Republic and acquiring top secret state documents through espionage.

Albayrak said in his statement that the court decision shows that the judiciary is being used as a tool to suppress people and groups who do not share the same views as the ruling government. “When this dark period has ended, we believe that these unlawful practices will be tried in accordance with the Constitution and the people’s conscience,” Albayrak said.

In December 2014, as part of a government-orchestrated operation against the media affiliated with the Gülen movement, the İstanbul 1st Penal Court of Peace issued an arrest warrant for Gülen and requested that the scholar be extradited from the United States, which is seen as a step toward the request of for an Interpol Red Notice, and ultimately extradition from the US. However, US law requires that the crime be recognized in both countries’ jurisdictions and that the offense not be political in nature.

The ruling Justice and Development party (AK Party) government has asked for the extradition of Gülen from the US several times since two major graft operations incriminating the inner circle of then-Prime Minister Recep Tayyip Erdoğan and his family went public on Dec. 17 and 25, 2013. The government received negative replies from the authorities in America, due to a lack of evidence to support the charges. President Recep Tayyip Erdoğan also personally asked US President Barack Obama to “deport” Gülen several times since the graft probe.

Turkish Islamic scholar Fethullah Gülen, whose ideas inspired the faith based Hizmet movement, denied claims made by the Sabah daily claiming that Gülen sent a letter of alliance to the PKK