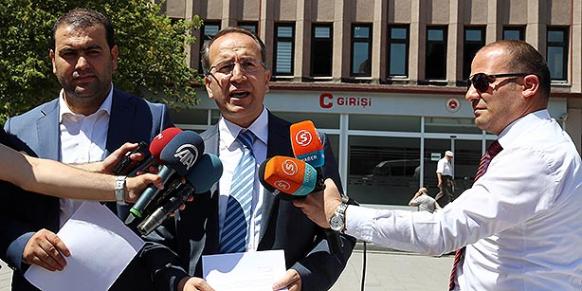 On Dec. 20, the 10th Chamber of the Council of State repealed a previous verdict by an administrative court in Erzurum province that ruled that the Erzurum Governor’s Office decision to cancel Gülen’s green passport was illegal.

Speaking to Today’s Zaman on Sunday, Albayrak noted that per Article 4 of Law No. 5682, which states that certain state officials and retired or resigned public servants are allowed to obtain a green passport after a review of the quality of their service, Gülen’s green passport cannot be cancelled.

“Because the law allows resigned public servants to obtain green passports, the decision [of the Council of State] saying that those who resigned from their positions are not entitled to green passports is not supported by the law,” said Albayrak.

Albayrak noted that Gülen served for 21 years at the the Religious Affairs Directorate and added that, according to the law, public servants who work for at least 10 years can apply for a green passport.

Noting that the legal process regarding Gülen’s green passport has not yet concluded, Albayrak said that Gülen will appeal the Council of State ruling.

Gülen, who resigned from the Directorate of Religious Affairs (Diyanet) as a religious official and preacher in 1981, obtained the green passport after an application to officials in 1991 following a new law that enabled resigned public servants to acquire green passports.