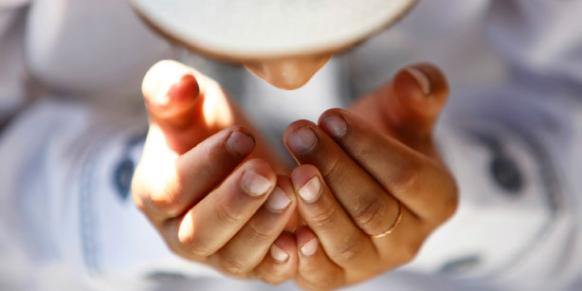 The attack on the French satirical magazine Charlie Hebdo has revived an old debate: which Muslim identity or Islam is “true Islam”?

As a matter of fact, many groups, communities, institutions, organizations and even countries around the world not only define themselves as Muslim but also claim that they represent the “true Islam.”

What is the true Islam?

Saudi Arabia, Iran, Tunisia, Turkey, al-Qaeda, the Islamic State in Iraq and the Levant (ISIL) and Boko Haram depict themselves as Muslim. A closer examination of their lifestyles and political practices betray deep-running differences about how they construe Islam.

For instance, the type of Islam as represented by Boko Haram and ISIL is not the same as that promoted by Iran or Tunisia. ISIL kills civilians by beheading them and Boko Haram exerts violence against girls and allegedly slaughtered around 2,000 people in a Nigerian town. Aren’t Muslims supposed to be the first to speak out against these incidents?

Was the act of killing 12 people in the heart of Paris “in the name of Islam” of any benefit to Islam?

This debate offers a good opportunity for Muslims to become more self-critical. People’s minds are confused about whether Islam is perceived and used as a tool for terrorism or jihad by political

Islamist groups or as a means of peaceful coexistence with diverse religions.

The Muslim world does not have to reinvent the wheel. Western Enlightenment in the Middle Ages constitutes an important experience in this regard.

Today, a brief examination reveals a profound mental difference between the East/Islam and the West. What makes the West superior to the East is the mental transformation that the West went through in the Middle Ages. This transformation essentially ensured that religion and beliefs no longer exerted any influence over the public administration.

This mental transformation, which started in the Middle Ages, was a major step in separating religious and government affairs.

The secularization of the political sphere, i.e., the state government, does not eliminate or neglect religion or religious beliefs, but removes them from the political decision-making processes.

However, the main responsibility of the state is to maintain an equal distance from all religions, beliefs and disbelief in society.

This is what the East has failed to do so far. In the East, Islam has a pivotal role in state government in many states. When the patriarchy of religions merges with the authoritarian mentality of nation-states, religions tend to be instrumentalized for political purposes and construed to serve the interests of states, not of the people.

The same problem haunts the entire Muslim world except for quantitative differences. Can we say that this is mere coincidence or the crime of the West?

True, the West has used the East via its hegemonic power. However, the entire blame for the East’s dilemma cannot be put on the West in the context of the recent tragic incidents. This is to escape from the long-standing need for confrontation with ourselves and the past.

From being a model country to an obstinate country

Turkey has constituted a major opportunity for helping the Muslim world overcome this impasse. Even the ruling Justice and Development Party (AKP) made great progress in actualizing this opportunity, but it didn’t happen.

Turkey’s secular and democratic experience, albeit with its problems, would be considered a good chance. However, the AKP wasted this opportunity for Islam’s mental transformation because of its ambitions to become the leader of the Muslim world. It preferred resembling the East and challenging the West via Islam over being part of the West.

Instead of being a conservative democratic party, it turned into a conservative authoritarian party, first in terms of foreign policy and next in domestic policy. It moved to a unitary and “Islamist” political mindset that turns a blind eye to secular values and that cannot stand pluralism. It set upon designing not only the private sphere but also the public sphere, i.e., society, according to this religious interpretation.

Place of religions is in civilian sphere

Religions, by nature, are pluralistic. A religion has a multitude of diverse communities or orders. It is the state’s duty to ensure that these diversities can coexist peacefully in the public sphere and act like an arbitrator among them.

AKP officials are criticizing the rising Islamophobic sentiments in Europe but the AKP itself is implementing a similar policy of discrimination that targets non-AKP supporters in Turkey, isn’t it?

A hard test for conservatives

What we see is the AKP trying to put a religious gown on the state and transform society using state power while seeking to emerge as the leader of the Muslim world based on its interpretation of religion, as well as the strand of conservatism that jettisons secularism and grows authoritarian as it becomes integrated with the state.

Yet, the ideal form of conservatism is one that treats religion as part of the civilian sphere and which can establish contact with diverse religious interpretations both inside and outside, and which is open to secularization.

And this is something which should be sought primarily by conservatives. This indicates that Islam needs enlightenment and mental transformation. If it fails to achieve this, Islam will continue to live with these long-standing problems.

*Murat Aksoy is a journalist and writer based in İstanbul.

The assaults on Korean tourists and a Uighur chef, who were mistaken for Chinese people, in İstanbul last week have shown the extent of damage dealt to this moderate nation of Turks by the Islamist rulers, who provide political clout to hate crimes and xenophobia in order to sustain their waning power in the government.

Turkish Islamic scholar Fethullah Gülen has warned against adventurism as well as using force to respond to demonstrations that have turned violent since reports that the terrorist Islamic State in Iraq and the Levant (ISIL) has captured the strategic city of Kobani (or Ayn-al Arab) over the weekend.