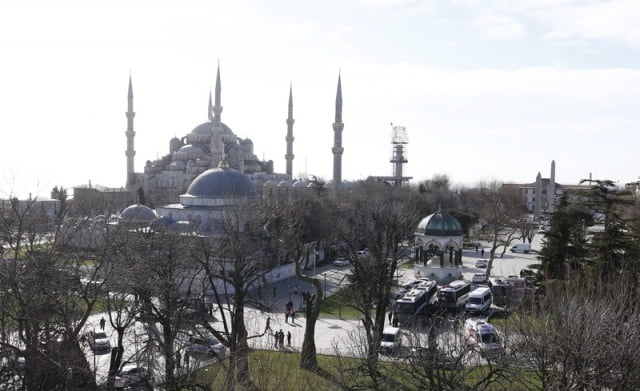 Just like the terrorist attacks that claimed the lives of hundreds of innocent people in Mali, Beirut, Paris, and Baghdad recently, History will record this attack as  another stab at the heart of our common humanity.

I extend my deepest condolences to the loved ones of the victims, especially to German and Peruvian people, and pray for patience for them, and for the fast recovery of the wounded.

On this sad occasion I remind world Muslims to condemn all acts of terror unconditionally, especially the murders that are committed under a false banner of religion. I ask God the most Merciful to deliver humanity to days where peace and tranquility reign around the globe. It should never be forgotten that, as the noble Qur’an (5:32) teaches us  “Whoever kills an innocent person…it is as though he has killed all humankind. And whoever saves a life, it is as though he had saved all humankind.”

Fethullah Gulen is an Islamic scholar, preacher and social advocate, whose decades‐long commitment to interfaith tolerance and altruism has inspired millions in Turkey and around the world. Gulen is the honorary chairman of the Foundation of Journalists and Writers, Istanbul, Turkey.

Alliance for Shared Values is a non‐profit that serves as a voice for dialogue organizations founded by the participants of the Hizmet civil society movement in the U.S. (also known as Gulen movement). The Alliance serves as a central source of information on Fethullah Gulen and Hizmet. For more information, please visit www.afsv.org.

A renowned intellectual, journalist and president of the Journalists’ and Writers’ Foundation (GYV) Cemal Usak, who was among the targets of the Turkish government’s ongoing crackdown on the faith based Gulen movement, has passed away at the age of 63 while in exile. Usak had been receiving cancer treatment for the past several years. Reportedly, he was told he would die in prison if he comes to Turkey.