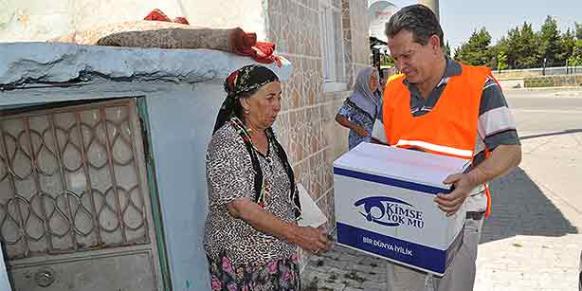 Today, most of us have somehow begun to internalize the violation of rights and the weakening of democracy and rule of law. Unfortunately, we do not question the illegitimate practices of the government.

The pro-government media is employing a demonizing discourse for all Hizmet-affiliated institutions and public figures through smear campaigns. Recently, the Turkish charity organization Kimse Yok Mu that was established 12 years ago was faced with such a smear campaign. For instance, on Sept. 9, 2014, the pro-government daily Sabah published a news piece saying that an audit report prepared by inspectors assigned by the interior minister says that millions of liras were misused by the charity. However, the truth is that not a single irregularity was discovered in the activities of Kimse Yok Mu.

A few days ago, the Taraf daily reported that the government planned to remove Kimse Yok Mu’s public interest status, which would prevent it from collecting donations. Lately, Deputy Prime Minister Bülent Arınç declared there was nothing clear about such speculations.

In a nutshell, what Kimse Yok Mu, which is the only charity organization in Turkey that holds special consultative status under the UN Economic and Social Council, is currently facing can be seen as state-led persecution.

Democracies become strong with strong NGOs. However, today what we are experiencing is totally at odds with democratic norms and principles and, unfortunately, most of us are just “comfortably numb” and keep silent.