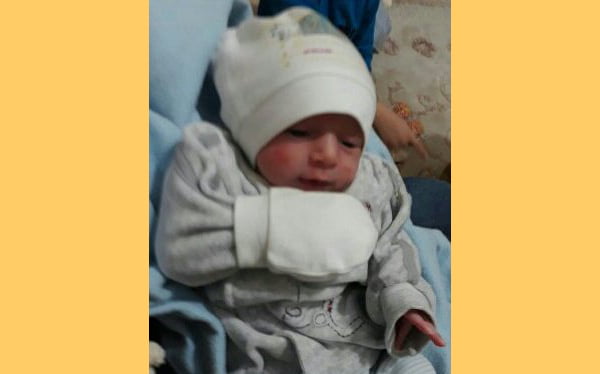 According to the @magduriyetlertr, Kaman gave birth to a baby in İstanbul on December 1, 2017, and was detained by police on December 21 over her alleged involvement in the Gülen group, which is accused by the Turkish government of masterminding a coup attempt last year.

After being held at İstanbul’s infamous Vatan Police Headquarter for almost a week, Kaman was eventually arrested by an İstanbul court.

Ömer Faruk Gergerlioğlu, former President of the Association of Human Rights and Solidarity for Oppressed People, criticized the Turkish government in a tweet last week: “Shame on you..! 19 days ago Halime Kaman delivered her baby via C-section, and she has been under custody for 1 week… The baby is taken to be breastfed day and night, puerperium, in the cold, this baby on the road, no one cares about it. Is humanity dead? Believe what you want to believe… It is a great pity, shame, sin!”

In a recent tweet, he also confirmed that the mother was sent to prison with her baby on coup charges.