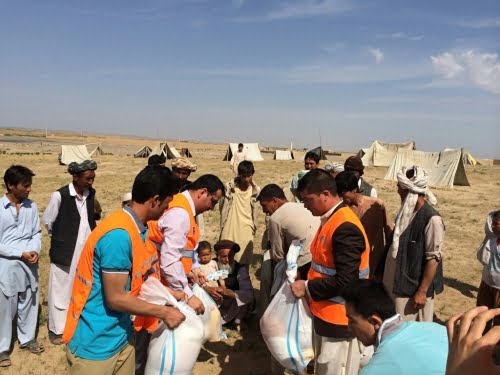 Speaking to Cihan News Agency, reporter at the disaster zone Badakshan Governor Shah Veliyullah Edib said they are very grateful to Kimse Yok Mu and Turkish volunteers who managed to arrive in province and brought aid with them despite many difficulties.

One of Kimse Yok Mu volunteers at the disaster zone, Soner Afat said they could reach to Badakshan in one-and-half day.

“We brought food and other basic supplies and distributed them to 1,000 families in need,” Afat added.

The landslide merely sponged out a village in Argo district of Badakshan while more than 2,500 people were trapped under the mug in almost 300 houses. Reportedly, rescue teams could only reach dead bodies of 250 people.