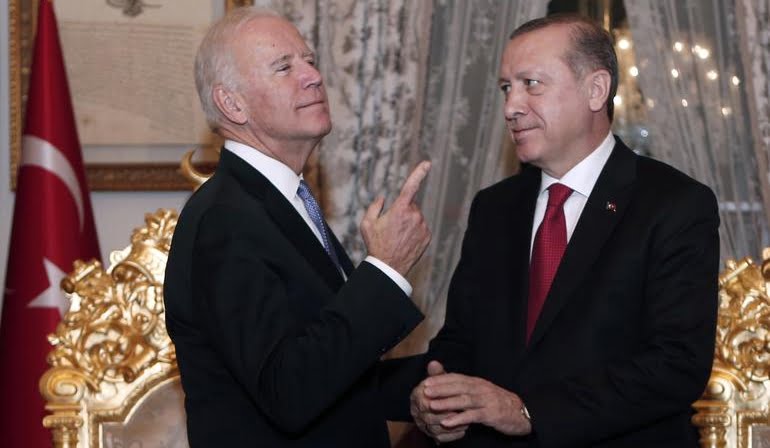 WHEN VICE PRESIDENT Biden meets with the president of Turkey, Recep Tayyip Erdogan, in Ankara this week, Mr. Biden will need all the reservoirs of patience and persuasion he can muster. Mr. Erdogan, having survived a coup attempt July 15, which brought huge crowds to the streets to defend democracy, has subsequently launched a sweeping purge aimed at perceived enemies. Mr. Biden needs to deliver some tough counsel to the Turkish president.

In the past, Mr. Biden has paid tribute to Turkey’s importance as a NATO ally and cornerstone of a region in turmoil. Both are still true. Mr. Biden should not hesitate to reassure Mr. Erdogan once again that the two nations share vital interests, not the least of which are fighting the Islamic State and ending the conflagration that has consumed Syria. He should make clear he understands how much Turkish civilians are suffering from terrorist attacks. Turkey also participates in NATO’s nuclear mission, and nuclear weapons are stored in vaults on its soil. Mr. Biden should do his best to convince Mr. Erdogan that the United States does not desire to destabilize Turkey.

But Mr. Erdogan may not want to hear the rest of the message that Mr. Biden should deliver. The coup attempt, in which 240 people were killed, was apparently staged by a loose coalition of disaffected military officers and others worried about Mr. Erdogan’s slide toward authoritarianism. The outpouring in the streets that confronted the coup plotters was an encouraging sign of people’s faith in a tattered democracy. But Mr. Erdogan’s actions since then have seriously undermined democracy and the rule of law.

He blamed the coup primarily on Fethullah Gulen, a cleric who lives in self-imposed exile in Pennsylvania and who has inspired a large civil society and educational movement in Turkey. Mr. Gulen had a falling out with Mr. Erdogan in recent years. Mr. Gulen said he had nothing to do with the coup and denounced it. While some Gulenists may have participated in the coup effort, Mr. Erdogan’s assault on Mr. Gulen and his movement has been over the top. The authorities have said 4,262 companies and institutions with links to Mr. Gulen have been shut and 40,029 people detained, while in the military, police and civil service, 79,900 people have been removed from duty. Some 38,000 prisoners are being released to open up cells for the newly arrested. Mr. Erdogan has demanded Mr. Gulen be extradited from the United States, but according to a senior U.S. official quoted in The Post,the material submitted by Turkey thus far does not include evidence of his involvement in the coup.

Mr. Biden ought to candidly tell his host that the United States did not instigate the coup and that it will not relinquish Mr. Gulen to a witchhunt. Mr. Erdogan may not want to hear it, but he also should be reminded that crushing the rule of law will dim Turkey’s prospects. Mr. Erdogan may bask in the crowds today, but using the coup as a pretext to purge the media, academia and other spheres of independent voices will not strengthen the nation in the long run.