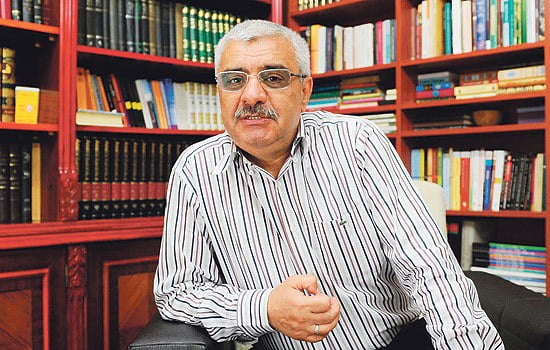 The ruling Justice and Development Party (AK Party) is preparing for a comprehensive crackdown.

If he can secure sufficient electoral support at the local polls slated for March 30, Prime Minister Recep Tayyip Erdoğan will not only purge members of the Hizmet movement from the bureaucracy but will also try to halt its activities in the media, finance, education and other sectors. AK Party İstanbul deputy Burhan Kuzu announced he has submitted to the prime minister a list of 2,000 people who will be detained.

Second, a community with a certain political ideology may engage in political activity or try to influence political processes within a well-defined sphere. But if it tries to manipulate the bureaucracy for political gains, this indicates a problematic approach as this means “unfair competition” against other communities or groups and abuse of powers and resources of the executive branch of the state, which is accountable to the public for its actions.

You may find the first argument “problematic” and the second “rightful.” Indeed, those who voice these objections tend to portray the Turkish Republic as a state free from any ideologies or value judgments, which is clearly not the case. Given its historical roots, centuries-old experience and modern version, the state sees itself as a religious community per se. In the Ottoman Empire, the dynasty was the possessor of the country or the estate and it was a small community of familial and blood relations. When the Turkish Republic was established, this dynasty was purged and replaced with a community of founding fathers. In this tradition, a specific community or group in the bureaucracy tends to see itself as the community or potential possessor — owner even — of the state. The presence of a community within the state is even perceived as security.

Given the political tradition from which it came — Milli Görüş (National View), its founding members, the fashion in which senior politicians communicate with each other and its responses to the outside world, the AK Party gives the impression of being a “community” in the final analysis. Indeed, Erdoğan referred to President Abdullah Gül as his “brother” when he nominated him for the presidency. “Our ties go beyond brotherly relationship,” they are quick to note when referring to a potential competition in the future. These reactions do not fall into the category of “individual” relations which are considered normal in liberal democracies.

Furthermore, it must be noted that when certain public servants are being purged on charges of being members of a specific community, we see them being replaced with members of other communities. This problem will continue to haunt us unless we make our state one that is built on justice.

Here is a more important problem: Suppose a bureaucrat who is a member of a specific community fails to comply with the orders of his/her superiors. In this case, the political authority is of course entitled to remove that bureaucrat from office under administrative law. But to use the failure of several — dozens — of bureaucrats to comply with orders as a pretext for purging thousands of bureaucrats in all public institutions and penalizing many trade firms and organizations would be to collectively punish individual offenses.