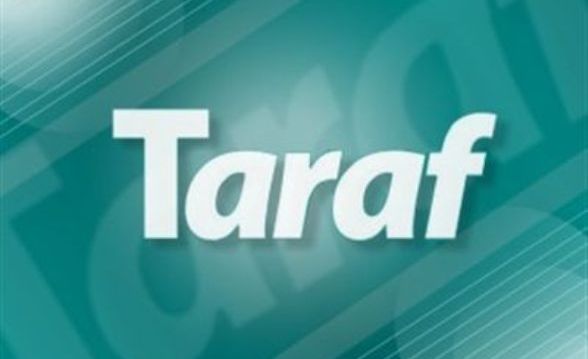 A prosecutor’s office launched an investigation into the Taraf daily on Tuesday on the grounds that the newspaper’s articles aim to cause chaos in Turkey.

The office of the prosecutor, which is authorized to act in this matter in accordance with the Anti-terrorism Law, launched the investigation after a criminal complaint was filed by İmdat Geyve filed on behalf of a group called the Sakarya Justice Platform.

Some of the accusations leveled against the Taraf daily, which is known for coverage critical of the government and for publishing confidential National Security Council (MGK) documents, are as follows: causing chaos in Turkey; attempting to change the constitutional order; obstructing the work of the legislative, executive and judicial branches of government; openly violating laws and encouraging the violation of laws by others; inciting people to hatred and animosity; establishing a criminal organization leading to chaos; intimidating people; causing economic and social crises; and professional misconduct.

Based on articles that appeared in Taraf between Nov. 28, 2013 and Dec. 5, 2013, such as “Decision to end [Fethullah] Gülen made in a 2004 MGK meeting,” “Religious communities critical of government profiled” and “Prime Ministry was notified of profiling,” which were written by journalists Mehmet Baransu and Emre Uslu, Taraf was accused of being connected to an “illegal entity within the police force and the judiciary.”

The complaint said although these stories were false, Taraf did not publish any corrections.

Articles of columnists at pro-government newspapers were displayed as proof of the allegations in the complaint. The petition also blamed the Taraf columnists for an incident known as the Feb. 7, 2012 crisis, in which prosecutors requested but failed to bring National Intelligence Organization (MİT) spy chief Hakan Fidan to court to hear his testimony over the alleged involvement of Turkish spy agents in the terrorist Kurdistan Communities Union (KCK) organization.

The complaint also said that convicted police chief Hanefi Avcı should testify in order to shed light on the aforementioned illegal entity that is claimed to exist within the state.

The complaint filed against Taraf resembles similar cases filed against authors such as Hrant Dink, Perihan Mağden, Orhan Pamuk and Elif Şafak between 2005 and 2007 by individuals who were convicted in the Ergenekon trial.