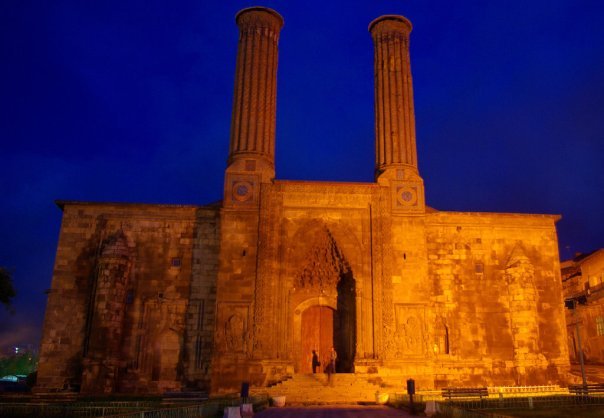 A large group of people from nongovernmental organizations representatives, academics, businessmen and lawyers made a press statement on a speech paid by Interior Minister Efkan Ala saying that such a speech is an insult to Islamic scholar Fethullah Gülen and called Ala to apologize Gülen for his remarks.

During a meeting in Erzurum to introduce the Justice and Development Party’s (AK Party) mayoral candidates on Monday, Ala said: “You are denigrating the people — among whom you are based — who are working for the sake of God. Who are you? Who are you? Are you strong enough to deal with this? Is this nation helping you in this? How dare you rise up and initiate a coup plot?”

Speaking on behalf of the group lawyer Ebubekir Atmaca stated that Gülen is one of the valuable citizens who grew up in Erzurum and there is nothing adverse in the Hizmet Movement facilities inspired by Gülen. The group also expressed that Ala’s speech deplored Erzurum people greatly since they appreciate actions of the Hizmet and their support to the AK Party has decreased.

Gülen is highly respected both in Turkey and in many countries around the world for educational activities he has pioneered, along with his efforts to promote intercultural and interfaith activities around the globe. He is in self-imposed exile in the US, though there is no legal hurdle that prevents him from returning to Turkey. Shortly after he went to the US in 2000, he was charged with establishing an illegal organization in Turkey, but was eventually acquitted in 2008.

“Nate Schenkkan is with Freedom House and an expert on Turkey. He says Gülenists have been left jobless, with no chance of restarting their careers. “For the vast majority of the people in the Gülen movement, it’s quite clear. They had nothing to do with any of this, whether it’s the coup attempt or any other kind of violence,” he said.