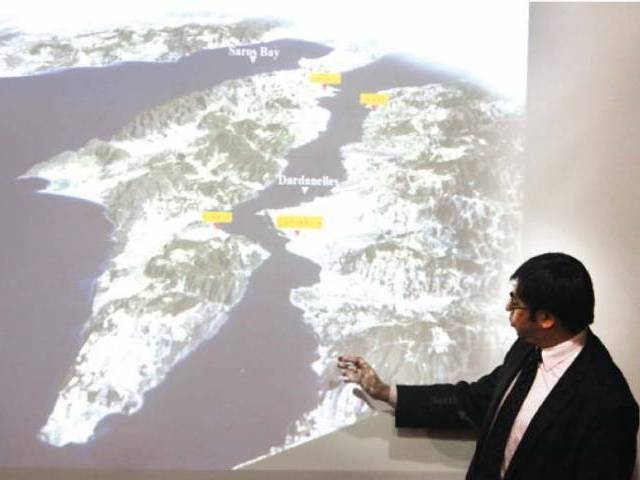 Pakistan and Turkey are two time-tested brotherly countries and the history of Turks is of great pride to Pakistanis. These were the remarks of Senate Standing Committee on Defence Production Chairman Lt Gen (retd) Abdul Qayyum at an event regarding 101st commemoration of Turkish Martyrs Day and Canakkale Victory. The talk was arranged by Rumi Forum, an academic and cultural peaceful coexistence platform across Pakistan on Friday.

The Turkish victory in the Dardanelles and the Gallipoli Campaign cannot be attributed to their supremacy of weaponry and military might, he said. Ottoman soldiers had to fight on multiple fronts during the World War I, he said. Having lost many young generations to the evil of war, Ottoman Turkey fought many battles of survival merely by unshakable faith, the senator said. Generations should know about their history to be aware of potential challenges, he added.

Prof Samina Awan from AIOU talked about response of the subcontinent to Ottoman Turkish struggle during the World War I and especially during the Battle of Dardanelles. She said the heroism of Ottoman soldiers were eulogised in newspapers and poems by journalists and men of letters such as Allama Iqbal and Muhammad Ali Jauhar. Dr Awan also mentioned that Muslims of the subcontinent were vigilantly following and celebrating the achievements made by Ottoman soldiers during World War I.

Rumi Forum Executive President Suat Erguvan made a pictorial presentation about the March 18, 1915 naval attack by Allied Forces Armada and heroic defence of Turkish soldiers who lost more than 250,000 souls but did not let the intruders pass to capture Istanbul.

Rumi Forum Islamabad Chapter Director Mustafa Yilmaz quoted a number of anecdotes regarding the importance of the day in Turkish and world history. Nations which do not know about their history cannot look confidently into the future, he highlighted.

The Turkish victory on March 18, 1915 at the Strait of Dardanelles against the Allied Navy changed the course of history in the World War I and emerged a leader like Mustafa Kemal Ataturk, who later founded the modern Republic of Turkey.