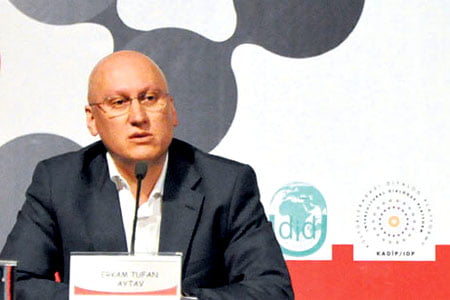 Some groups have been parroting, “The [Gülen] Community should become more transparent.” As you know, with “the Community,” they are referring to the Gülen movement. Let us try to understand this sentence and respond to it.

First of all, I need to note that when they say, “the Community,” they are referring to the movement of volunteers inspired by the ideas of Mr. Fethullah Gülen. That is, there is a set of ideas and a person behind this movement. Millions of people strongly believe in these ideas and in the author of those ideas.

In democracies, people can freely express their ideas that can be adopted and pursued by other people acting of their own free will. The Gülen movement (also known as Hizmet movement) is a social grouping that is based on such a democratic supply and demand setting.

Readiness to work voluntarily is the most fundamental criterion for this movement. People are convinced about the movement, and they gather together within the scope of reasonableness. Therefore, no one has the right to question these people, asking, “Why do you adopt Gülen’s ideas?” or “Why do you perform activities in this framework?”

Now, with this point in mind, let us proceed to the question, “Who is from the Gülen movement/community?” We should do this in order to discuss the matter of transparency in some depth.

The types of people who are inspired by Gülen’s ideas

Let me elaborate on this. Let us roughly identify the types of people who are inspired by Gülen’s ideas with respect to the relations they may develop with the movement:

— Those who believe in Mr. Gülen’s ideas but who fail to perform their religious duties, i.e., those who are not pious but who contribute to these voluntary efforts, such as by making donations, etc.

— Those who lend support to the movement after adopting only some of Mr. Gülen’s ideas.

— Those who love the movement, but don’t support it.

A number of nuances may be added to this list. Yet, this list represents the overall generalization. So, the formation called the Gülen movement consists of such people. People lend support or contribute to the movement in proportion to their belief in it. Thus, one can become a member of this movement or leave membership just by saying “I am in” or “Count me out,” respectively. It is a movement that is based purely on people’s volition.

People who believe in this movement come and work together in foundations, associations and corporations in their respective cities and perform educational activities with the spirit of a civil society.

All of the activities of the institutions are perfectly transparent. They are not protected behind wire fences. They are located in the heart of the city. If people are looking for transparency, they can find it to the last drop.

How do these people develop common reactions to political and social developments? Is it a clandestine organization?

For one thing, it runs counter to human nature to say that the people who believe in this movement have common ideas or views about every issue. They may have gathered together around a main theme, but this does not mean that they will think alike in every matter. They are not robots or zombies that will do everything they are told.

There are several methods for Mr. Gülen to convey his views and ideas to the people who follow him:

1. the sermons he has preached so far,

2. the books and articles he has written,

3. his weekly conversations  [in Turksih] posted at http://herkul.org/index.php/bamteli/bamteli.

People may read about or listen to Mr. Gülen’s views and ideas, and they may opt for putting them into practice. One cannot order millions of people into action and expect complete compliance. People will only listen to your words if they sound reasonable.

For example, Mr. Gülen called on his followers to say “yes” to the constitutional amendment vote in the 2010 referendum as he believed this would boost democracy in Turkey. “Go to Turkey to cast your vote, even if you are at the other end of the world,” he said. His call had a big appeal to many people who rushed to the ballot boxes to say “yes” to the amendments. Mr. Gülen had no power to enforce his call on his followers. People just found his call reasonable and acted accordingly. If they don’t approve of it, they won’t do it.

All channels of communication Mr. Gülen uses to contact his followers are open to the public and transparent.

But some may say, “The people who were educated in Gülen schools or who were inspired by Mr. Gülen ideas have become public servants, and we want to know who they are,” and I think this is what many people understand from transparency. I can say the following as a response to this:

Mr. Gülen has been advising people to send their children to schools so that they are employed at public institutions and become good members of society. And he has been doing so by using the above-mentioned transparent channels of communication.

In a democratic country where human rights are observed, people deserve to be judged not by their identities, belongings, sects or racial origins, but by their deeds and practices. Unfortunately, in the past, our country saw witch hunts for communists, masons or Alevis, depending on the conjectural atmosphere of the time. And today’s obsession is with the Community. As a matter of fact, this objection is not specific to our time. All my life, this obsession has been there. And it peaked during the post-modern military coup of Feb. 28.

Being blacklisted and removed from office

We all know this, but still people want to know who the members of the Community are. If they want, they may put big red crosses on the doors of the houses of these people, and in this way, they may deepen their paranoia.

To those who ask, “Why do people in this country conceal their identities, ethnicities, sects or their love for Fethullah Gülen?” I want to say, “You are coming from which canton of Switzerland, sir?”

If some people within the state organize to do illegal things, then law enforcement authorities deal with them irrespective of their identities. People may face judicial investigations because of their wrongs, not because of their social groups.

Let me discuss this matter with reference to some concrete developments. It is rumored that the Community has taken control of the police department and the judiciary, and that Gülen is manipulating the police department and the judiciary at will. What is your proof for this claim? How do you understand whether all police officers, judges and prosecutors are pro-Community? How do you know that they are inspired by Mr. Gülen’s ideas? Do you dig in their trash bins to see if there are any empty alcohol bottles? Or do you sneak into their houses to see if their wives wear headscarves? What level of inspiration are you talking about?

Are you suggesting that the indictments prepared by prosecutors are all farce and that the Community is secretly orchestrating this? How can prosecutors do such a thing at the expense of destroying their future careers?

Don’t people deserve to be accused on the basis of concrete evidence rather than their identities?

The Community, i.e., the Gülen movement, is transparent and operating in the public eye with all its institutions. But if people ask why its members do not disclose their identities, then I suggest they should think about the morbid mentality prevalent in Turkey before asking this question.

*Erkam Tufan Aytav is secretary-general of the Medialog Platform of the Journalists and Writers Foundation. [email protected]

I cannot say, “I feel,” as feeling is required, but neither can I deny my God-given nature of being deeply moved by the suffering, injustice and pain of others. Years ago there used to be a rickety “Islamic” video store opposite Turnpike Lane mosque on Whiteman Road, North London.