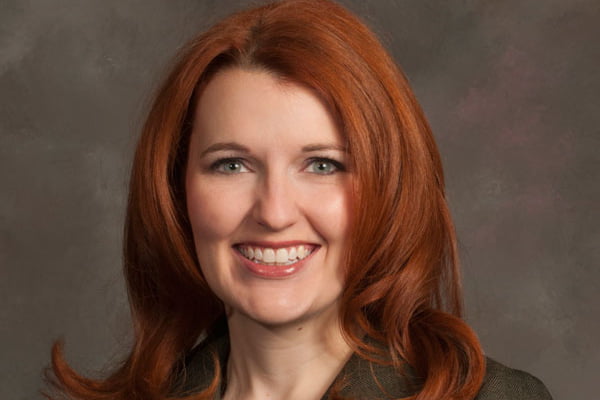 Turkey. A cradle of civilization and religion. On a recent trip with the Niagara Foundation’s Nebraska Chapter, I walked the streets of St. John, Trojan warriors and sultans. History was everywhere I looked.

But Turkey is not just about the past. Some 60 percent of the Turkish population is under the age of 35, making it a young nation with minds ready to learn and lead in the 21st century.

This boom in youth coincides with Turkey’s economic boom. Its private sector has grown dramatically over the last eight years, as has per capita income. Many business leaders now have vast profits, which they are choosing to invest in the education of their nation and in religious acceptance.

This charitable mindset is part of a growing movement started by Muslim scholar Fethullah Gülen. He believes education and interfaith/intercultural dialogue can bring about a more peaceful world. While Gülen and most of Turkey are Muslims, the movement incorporates all faiths as well as atheists and agnostics.

During my stay in Turkey, I met with many business leaders and academics that provide funding for schools and universities based on this philosophy. As one businessman told me, “Educated people can understand each other.” They believe ignorance is what is holding back the Middle East and that education can bring an end to Islamic extremism. Gülen was the first Muslim leader to speak out against the 9-11 terrorist attacks 10 years ago with this statement: “Islam abhors such acts of terror. A religion that professes ‘He who unjustly kills one man kills the whole of humanity’ cannot condone senseless killing of thousands.”

Turkey has a strong separation of church and state due to fears of religion being used by a political faction to manipulate power (like the Taliban). Gülen followers stand behind the separation. However, they believe that all faiths can work together to develop society. It is because of the Islamic faith of these businessmen that they are trying to spread their peaceful movement within Turkey and to other countries in the region. Their faith teaches them that they are responsible not only for themselves but for all people. “Life is short and we must do as much as possible,” chimed in another business leader.

As I listened to them talk about charity and bettering our world, it felt just like the values I learned in Catholic school not so long ago. Their interest isn’t to convert people to Islam, but to use the common foundation and values of Christianity, Islam and Judaism to educate and work together towards peace.

I’ll admit that as I learned more and more about this movement and life-view, I was embarrassed by my own ignorance in terms of the Islamic faith, an ignorance shared by most Americans. All I had known before my trip was that the Quran shares some stories with the Bible, Muhammad is the chief prophet, Muslim women dress conservatively and prayer is done facing Mecca. That was it.

On my visit to Turkey, I was enlightened by the values of Islam and the history and traditions surrounding it. I visited mosques and the tomb of Rumi. I learned that there is a chapter in the Quran dedicated to the Virgin Mary and as our host said, “she is the most important woman” in the religion. I had no idea Muslims shared many of the same beliefs towards her that I was taught as a Catholic. In the moment I learned that, the world became a lot smaller to me. Through education, I realized we had more in common than I could have imagined.

While I still have a lot to learn about the faith, I have a better understanding of the Muslim world and therefore am better equipped to help the movement towards a more peaceful world.

I left Turkey encouraged by the values I found in this ancient, yet transformative, country and felt more connected to the people than I anticipated.

We all laugh at the same things.

We all love our children the same way.

And we all pray to the same, one God.

*Amanda McGill is a state senator from Nebraska.