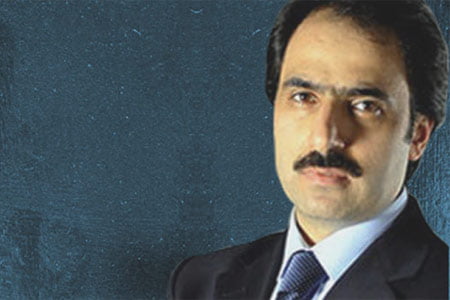 James C. Harrington has a brilliant career as a lawyer who has practiced for 40 years and as a professor who has taught law in universities for 25 years. But what is even more important is his sensitivity to and struggle for human rights. He is one of the rare people who could author a book titled “Wrestling with Free Speech, Religious Freedom, and Democracy in Turkey: The Political Trials and Times of Fethullah Gülen.”

The book becomes even more crucial and valuable considering that Harrington wrote it without being influenced by the social and political environment in Turkey. He places emphasis upon objectivity and legality. The book is an analysis of not only the investigations initiated against Gülen but also of Turkey’s recent past from a legal perspective. The way a society generates law through implementers and the legislative body is closely related to its social, political and even economic conditions. Harrington successfully grasps the relevance of these conditions to the Gülen cases and the relationship therein. In this way, he produces a fantastic work that analyzes the last 15 years of the country. Harrington also creates interesting and useful comparisons and metaphors. For instance, he refers to the judiciary of the time as “the support wheel of the army.”

The lawsuits filed against Gülen can be summarized as follows: 1. He was prosecuted in coup eras, including those of 1971, 1980 and 1997. 2. Once it became apparent that his actions did not merit any criminal prosecution, his intentions were put on trial. 3. First he was lynched by media propaganda, then lawsuits were filed against him. 4. When no criminal element was found in his actions, the prosecutors wanted to make sure that no decision of acquittal was taken in the court so that he would still remain a suspect in the public eye. Gülen effectively responded to these tactical moves with his appeal to the State Security Court in the 1980 coup era and his strong demand for the conclusion of the case in the appeal process in 2008. This was something that a person who firmly believed he was innocent could do.

As with many other vicious trials, we also observe the cooperation between the media, judiciary and junta in this case. The main dynamic in this coalition served the Turkish elite, which did not want to lose its economic and social privileges. Harrington draws attention to the timing of the Gülen cases. It is interesting that reports on corruption cases in banks which amounted to $60-70 billion did not appear in the front pages of the newspapers back then.

The judiciary did acknowledge its role in sometimes protecting the ideology of the state rather than delivering justice; in fact, it was proud of this position. A representative from the Supreme Court of Appeals confessed this fact before the parliamentary Judicial Affairs Commission, saying: “What Parliament does is 5 percent [of making legislation]. Our practices represent 95 percent.” It was also interesting that this statement was made during the deliberations and discussion on Article 312.

In a technical sense, it is hard to talk about a legal trial in the Gülen cases. There have been violations of legal standards and rules in different stages of these cases, including the investigation, prosecution and even appeals. The prosecutor violated the principle of confidentiality: Before the trial, he leaked the indictment to the press. The list of violations also includes the failure to honor the rights to defense and to admit witnesses, and the dismissal of the motion asking for the review of the evidence by expert witnesses.

The abuse of the statute of limitations raises further questions on the sincerity of the prosecutors. The prosecutors, who realized that the case would be concluded with a decision of acquittal, asked for the dismissal of the case in reference to the statute of limitations in both the trial and appeal. In this way, they wanted to use the media in an attempt to raise suspicions surrounding Gülen; this would make it easier to summon him as a suspect in further cases. The prosecutor acted relentlessly irrespective of how this could have made his argument look contradictory. He referred to the charges from which the defendant was exonerated in 1995 as offenses. The book “Schools of Gülen” was included in the list of evidence despite the fact that its content was later rejected by the writers.

Yes, the cases in which Gülen was tried were attempts to convict him in the eyes of public opinion. In response, he defended himself both in court and in the public arena. Because he was exonerated in the public opinion every time, it was not possible to convict him. Despite allegations that he broke the law and concealed his actions, he acted meticulously to maintain transparency and legitimacy. He did not make any concessions or compromises on these matters, believing that the truth would be revealed some day.

Gülen’s faith in law and the legal process made his hand stronger. In response to assaults in the media against him, he pursued justice within the judicial mechanism. The compensation awarded him for legal expenses made it easier for him to stand firm in the final hearings of the case.

In the cases, destroying the morale of the members of the [Hizmet] movement he inspired and undermining popular support for the movement were major goals that were more important than convicting Gülen. We could say that his opponents were defeated in that area as well because Gülen survived the cases and saw the expansion of popular support for him and the movement inspired by him.