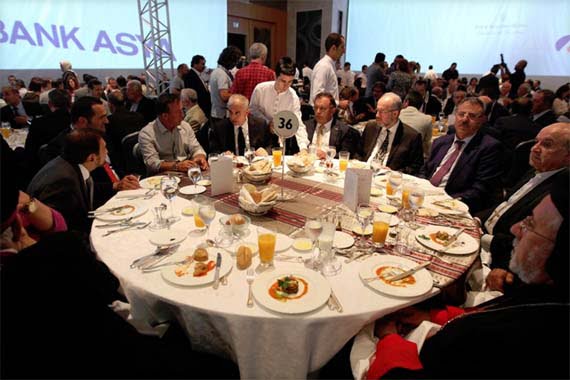 Many prominent figures sat around an iftar table together on Thursday night at an event held by the Journalists and Writers Foundation. (Photo: Cihan, Turgut Engin)

“Our foundation has always stressed and will always stress living together [in peace]. What we need is a pluralistic democracy, human rights and freedoms, and the rule of law,” Yeşil said.

Ağaoğlu, who also spoke, praised the GYV iftar and its efforts toward peaceful coexistence.

“The GYV contributes a lot to unity and solidarity in this country,” he said.

The GYV was established in 1994, and the foundation’s mission is inspired by GYV Honorary President Fethullah Gülen, known for his teachings of hizmet (service), tolerance and dialogue. The Turkish nongovernmental organization works toward its vision of national and global unity through its research center and five independent platforms, each of which specializes in a different field. The platforms have won recognition for contributing to the intellectual resources of both the GYV and Turkey.

During Thursday’s iftar, a speech Gülen delivered at the Lütfi Kırdar Congress Center in 1996 was broadcast. In the speech, Gülen spoke of the importance of showing tolerance to others and accepting everyone as they are.

Süleyman Bitlisi, an opinion leader who attended the event, said he was very happy about coming together with people of other faiths.

Alkan said people of different religions and languages can still be united in their hearts — and that this was what he saw at the GYV iftar table.

“Mr. Gülen said something in his message. He talked about the importance of tolerance. We need to feel this strongly,” he said.

Altun said he prays to God for the continuation of the coexistence displayed at the iftar.

Sending his regards to Gülen, Altun said his friendship with the Turkish-Islamic scholar has lasted 20 years, and that he thinks Gülen does great service for humanity. 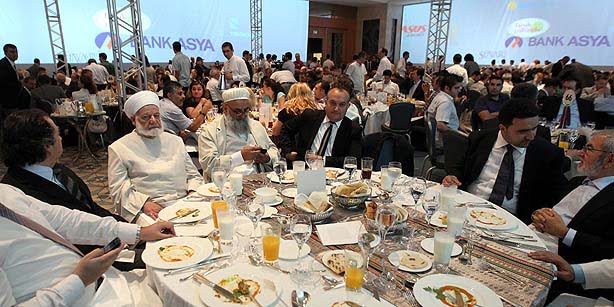 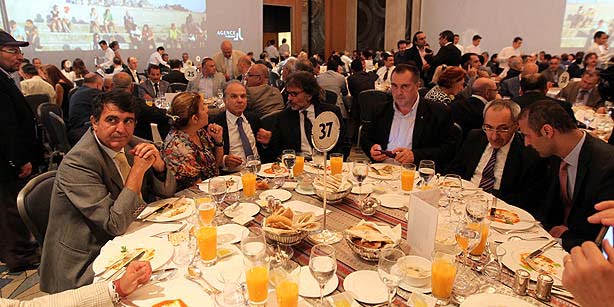 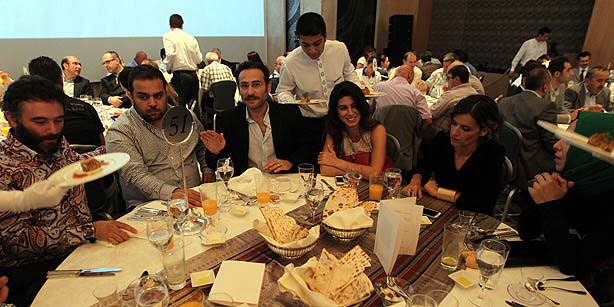