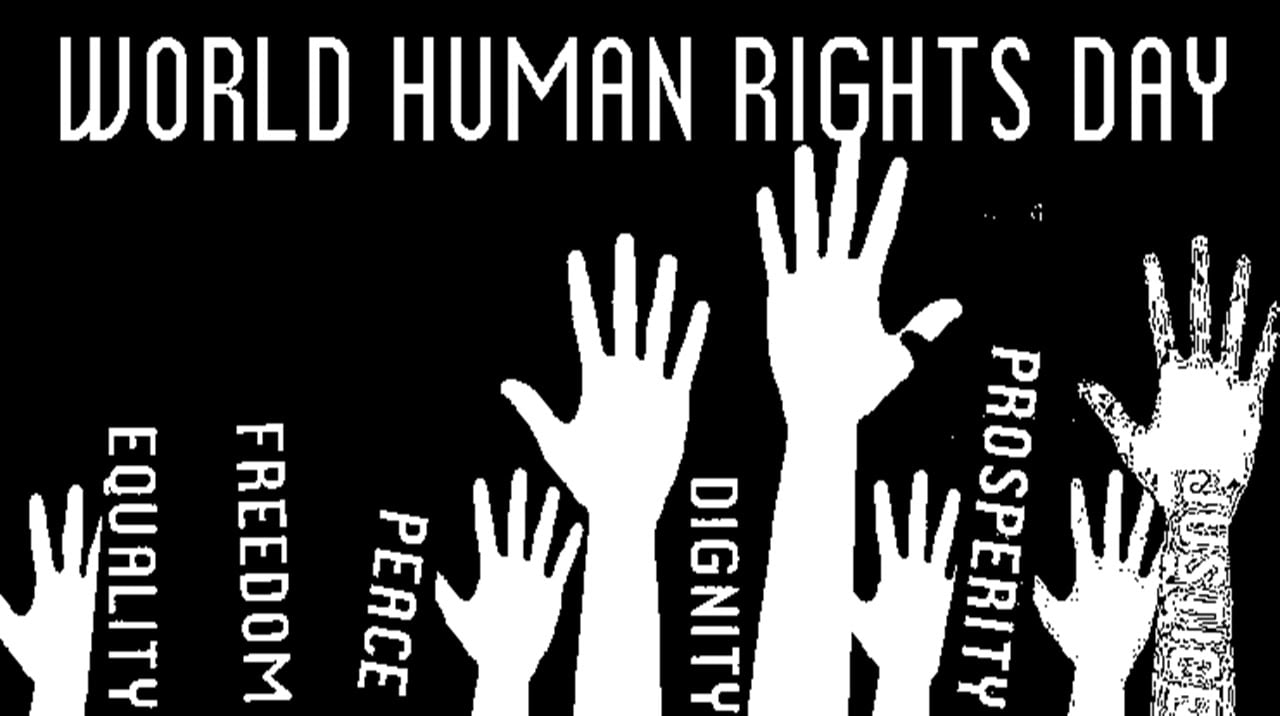 It was Lessing who once said, “There are things which must cause you to lose your reason or you have none to lose.”

Viktor E. Frankl cites the same sentence in his book, Man’s Search for Meaning, chronicling his experiences as a prisoner in Nazi concentration camps during World War II. I find myself murmuring the same sentence to fight off the insidious mortification of normal human reactions in the face of things that must cause us to lose our reason, or we have none to lose.

Today is December 10, yet another Human Rights Day.

We have come a long way in terms of defining and framing the human ideal and the corresponding liberties. We should be thankful for the progress we have made combatting institutionalized slavery, racial segregation and patriarchal inequalities. We should all take a moment to celebrate our awareness that we share basic human rights.

But there still is a lot of silence regarding horrific events in the world. We come across these events scrolling through social media or turning the pages of a newspaper. Sometimes we miss them altogether.

Even if we are informed, it is not easy to overcome the barriers that desensitize us to the suffering of others. Alas! It our very beings are harmed because human rights are relevant to us all. Our shared humanity is rooted in these universal values. If humankind should learn one thing from its past, it is whenever and wherever humanity’s values are abandoned, we all are at risk.

One such case is the experience of thousands of Turkish people under the Erdogan regime after the failed coup attempt in July 2016. Soon after the coup attempt, Erdogan’s regime launched a crackdown on opponents and critics, detaining thousands of journalists, rights activists, lawyers, teachers and writers for their alleged involvement in anti-state activities. Especially targeted were members of the Hizmet Movement, a humanitarian movement that gained popularity and influence in the last decades before the coup attempt.

Thousands are jailed, many of them tortured, and some were abducted. Yet, I am not going to repeat the facts, which may only aid in numbing us rather than inspiring our understanding and compassion.

But,I would like to share the stories of the many phantomized victims who are afraid to breathe and who pray to die before perdition finds them. Some of these victims are allegedly Erdogan opponents, some are just friends or relatives of a member of the Hizmet Movement. Some are little children who risk being taken away from their parents or jailed with their mothers. Almost 1,000 children have faced that fate.

Imagine children too afraid to go to school, who spend their days in cold dark basements just to keep safe? Imagine children who flee their homes, desperate to survive? To escape the persecution, some have drowned in the waters with their families on their way to the overcrowded refugee camps on Greek Islands.

It surely is a disaster, a dark and gloomy picture that would sadden any human heart.

How is this acceptable? Are we failing as the human species?

One might ask, wouldn’t it be safer for them to wait in their homelands no matter how dire their situation? To answer, one needs to know about the toxic environment that seeps into the souls of people in Turkey. Helping the innocent families of prisoners is considered a charity in any other part of the world,. But in Turkey, Erdogan’s government persecutes people who help the spouses and children of prisoners.

One brave woman recently tried to find a way to help without getting caught. She tucked some money between the pages of a book and mailed it to the family that desperately needed the financial help. Unfortunately, she has been caught and arrested.

On one hand there is a civil death going on for large portions of the society, on the other hand there is an emotional death for the soul of the nation. It is difficult to discern which is uglier.

The New York based “Advocates of Silenced Turkey”, a nonprofit human rights organization, has documented many cases of abuses in Turkey. It is one of the few organizations with accurate information on Turkey, since the Turkish media has been silenced.

Human rights include the right to life and liberty, freedom from slavery and torture, freedom of opinion and expression, the right to work and education. Everyone is entitled to these rights, without discrimination.

All of these liberties are under serious attack in Turkey, a country that resembles someone being smothered and forced to remain quiet amid their suffering.

Sait Onal is president of the Turkish Cultural Center in Pennsylvania.

Since the attempted coup in 2016, mostly journalists, academics, members of the opposition parties and (alleged) supporters of the Gülen movement, have been persecuted and their applications for asylum are most frequently granted.