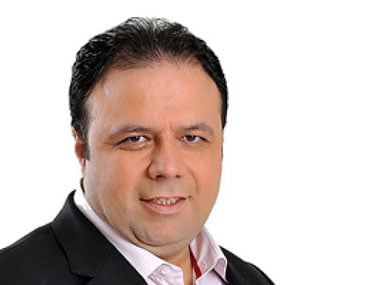 The President admitted the executives of the first private Kurdish broadcasting channel in Turkey.

Dünya TV was founded in Gaziantep as the first national private Kurdish channel in the country.

It addresses quite a significant audience in Kurdish.

After its programs, which have repercussions throughout all Turkey, it is now introducing another show that aims to teach Kurdish.

The purpose is to teach Kurdish properly.

To be frank, initially it might seem weird that a Kurdish broadcasting TV introduces a program to teach Kurdish. It seemed weird to me, too.

I asked the General Director of the Dünya TV, Remzi Ketenci, the following question: Does your audience not know Kurdish already? Why did you feel the need to make such a program?

It is really worth wondering.

Apparently most of the citizens in the region can speak Kurdish, but cannot read and write in Kurdish.

The purpose is to teach them how to read and write Kurdish.

It is a very appropriate initiative because Kurdish is a neglected language for years. It was banned and blocked. These people can speak their language, but cannot read and write in it. Thanks to this new program they will be able to read and write too.

Kurds too will be able to read the poems of their poets and the novels of their novelists.

Kurdish is a spoken language, but there is no Kurdish education.

Except for the private Kurdish language schools that were opened with the support of the state, but closed to the lack of demand, this program is a first in teaching Kurdish like the TV itself.

Reportedly President Gül had told the executives of the Dünya TV that he is pleased with the actions of Dünya TV.

In return for the negligence of the people in the region, good things have to be done in compensation.

The President’s support for the Dünya TV is very critical.

Reportedly President Gül, after watching the demo of the Dünya TV, had said that “this is it, Turkey should normalize”.

As the President said, “if only this broadcasting had started 10 years ago, we could have been much more normalized already”.

Source: Bugun Newspaper, March 26, 2011. Original article is in Turkish. It was translated by IDC members.

Fethullah Gulen: I strongly condemn the brutal terrorist attacks at the Brussels International Airport and Metro station on March 22 that resulted in the deaths of more than 30 people and the injuries of hundreds.