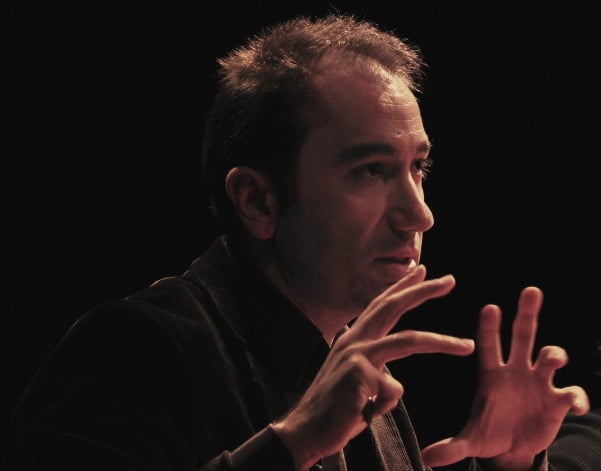 The title above belongs not to me but to Mücahid Bilici, a professor who is originally from Turkey but who teaches sociology at the City University of New York. I just thought that it is a very good definition of the mind-boggling political war that is going on in Turkey these days: The one between the government of Tayyip Erdoğan and the “community” of Fethullah Gülen.

In fact, the two sides are surprisingly similar: Both the “party” and the “community” in question consists of pious Sunni Muslims who would like to see (and build) a more “neo-Ottoman” Turkey.

Moreover, they have been close allies throughout the past decade against their common enemy: The old Kemalist establishment, and especially the military, which was a threat to both sides. However, once the common enemy was defeated, disagreements surfaced. Soon, they turned into a bitter war of words.

The shocking arrests of last Tuesday raised this political war to a whole new level. Early in the morning, the Istanbul police arrested dozens of famous figures, including the sons of three ministers in the AKP (Justice and Development Party) cabinet, the head of Halkbank, a state-owned bank, an AKP mayor and famous businessmen. The police also revealed photos of millions of dollars, in cash (!), in the homes of the ministers’ sons and the Halkbank chief. In one photo, there is even a money counting machine, allegedly used by the son of a minister who needed to count all that cash he allegedly took as bribes.

The investigation is all too new to make any conclusive comment, but it already has been dubbed by the media as the mother of all corruption cases. The three ministers in question whose sons are detained plus another minister are also directly blamed, as the prosecutor asked from the parliament the removal of their legal immunity. Since the AKP is a party which has always claimed to be “clean,” (as the very term “AK,” or “white,” implies), this is a major blow to the government, especially when local elections are four months ahead.

But what does this corruption investigation has anything to do with the AKP-Gülen Movement tension? Well, the prosecutor who apparently led this investigation in big secrecy, Zekeriya Öz, is widely believed to be a member of the movement. Notably, he was also the prosecutor of the famous Ergenekon case, and was hailed then by the AKP camp as a brave man, even “Turkey’s Di Pietro,” in reference to the Italian prosecutor who led the famous “Clean Hands” case against the mafia.

Now, however, Öz is condemned as the man of “the hidden organization within the state,” which both Erdoğan and his deputy Bülent Arınç targeted in their remarks after the arrests. The government also hastily initiated a purge against the police chiefs who mastered this operation, along with dozens of other police chiefs in various cities. Meanwhile, the pro-government media passionately argues that there is an “Israeli hand” behind the “operation against Erdoğan.”

This best-defense-is-offence attitude is not going to help the government much, however. Corruption is a serious matter and the real best defense would be to help bring those who are charged to justice. Meanwhile, the Gülen Movement, normally a civil society group, should help save itself from the image of secrecy and infiltration that it has been drawn into in the past decade. None of these are likely to happen anytime soon, though. So, fasten your seat belts, and get ready to watch a growingly heated political civil war in post-revolutionary Turkey.