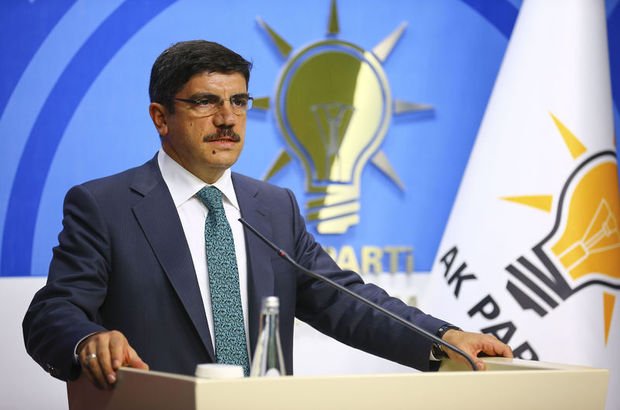 Speaking with the heads of human rights and civil society organizations in Diyarbakır on Sunday, Aktay said there is a ready audience in Europe who will buy every terrorist act of the PKK as an act in the struggle for independence and freedom.

“The West is ready to buy every absurd act of these [PKK, ISIL and FETÖ] organizations. This does not show that they are right. To the contrary, it shows that the West is collaborating with them,” Aktay said.

He also added that “it is obvious today that the PKK, Daesh [Arabic acronym of ISIL] and FETÖ are crusader organizations. They don’t serve the purposes they publicize, but serve a common purpose.”

While the PKK and ISIL are internationally recognized terrorist organization, the Gülen movement, a faith-based civil society movement inspired by the views of US-based Turkish Islamic scholar Fethullah Gülen, who the AKP government and President Recep Tayyip Erdoğan accuse of masterminding a failed coup on July 15, is the only organization whose sympathizers are facing widespread crackdowns, discrimination and detentions since it was framed as a terrorist organization by the government in May 2016.

Underlining that Iraqi Prime Minister Haider al-Abadi had requested Turkey’s support when ISIL invaded Mosul in June 2014, Aktay said it is meaningful that today Abadi does not want a Turkish presence in Iraq, which could change the demographics of the region in a way that Turkey would never accept.

Aktay had previously admitted that intercepted Turkish intelligence trucks, which were stopped by the gendarmerie in Adana province in January 2014 while allegedly carrying arms to ISIL, were heading for Islamic groups in northern Syria, including the Free Syrian Army.

Following Aktay’s remarks, President Erdoğan’s spokesman İbrahim Kalın denied that Turkey had ever provided weapons to anyone in Syria.

An indictment prepared by an İstanbul prosecutor seeks three consecutive life sentences for 30 individuals who include journalists and executives from the now-closed Zaman daily on coup charges. The daily, which was affiliated with the Gülen movement, was first seized by the Turkish government in March 2016 and the closed down in the aftermath of a failed coup attempt on July 15, 2016.