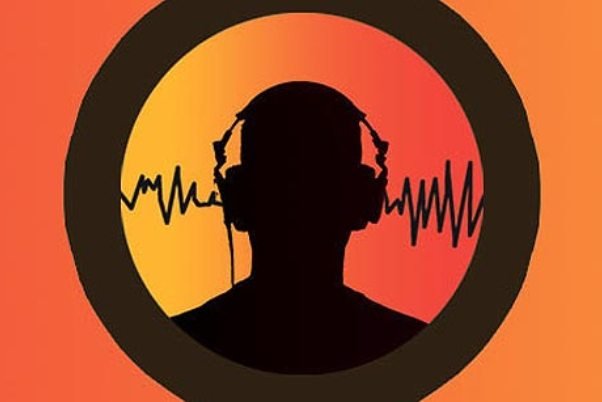 One of the prosecutors mentioned in the reports, Adnan Çimen, said the news articles are completely fabricated and do not reflect truth. “Not a single name listed as having been wiretapped in the reports are included in my investigation file,” he told the Radikal daily.

Pro-government Islamist daily Yeni Şafak published a main story on Monday alleging that 3,064 people were wiretapped while another pro-government paper, Star, claimed this number is closer to 7,000. Both reports suggested that senior government officials, including Prime Minister Recep Tayyip Erdoğan, intellectuals, businesspeople and journalists, were being wiretapped since 2011 after two prosecutors obtained court orders to investigate a little-known terrorist group called Tawhid-Salam, also known as the Jerusalem Army.

The two pro-government papers also published the phone numbers of the allegedly wiretapped people, with a few of the digits marked out. Some full names were included on this list, yet other entries have only a first name or the letter ‘X’ next to a phone number. Jurists say those people wiretapped in ongoing judicial investigations have their full names listed on court orders for the court to authorize wiretapping request by prosecutors, raising suspicions that the list, with its incomplete names, is fabricated.

Çimen said he applied to the Supreme Board of Judges and Prosecutors (HSYK) to investigate the claims mentioned in the report, saying that he will let judicial council inspectors sort out the lies in the articles. “It is simply not possible to wiretap 7,000 people. This is deplorable. I investigated organizations that were not so unusual. Not a single name mentioned in the report was in my case file,” Çimen explained.

The third chamber of the HSYK is reportedly planning to convene on Tuesday to investigate the claims.

Talking to the Milliyet daily, Çimen said he had never petitioned the court to obtain authorization to wiretap the prime minister or people close to him while he was serving as a prosecutor for one-and-a-half years in İstanbul. “I’m not aware of any list that covers 7,000 people,” he said. Çimen added that he had handed over the case file to another prosecutor, Adem Özkan.

Özkan, who took over the case file from Çimen and conducted the investigation into Tawhid-Salam between 2012 and 2014, also denied the reports, saying that thousands of people, including politicians, journalists and members of nongovernmental organizations, were not wiretapped as part of his investigation.

Özkan said the investigation was first launched into the organization on April 2011 by Çimen and he took over the case in August 2012. He turned over the case file in January 2014 after he was assigned to a position of trial prosecutor. “Only a reasonable number of people were wiretapped according to this investigation,” he said.

In public statements, deputies from the opposition parties have also discredited the pro-government newspaper reports. Since the exposure of the corruption investigation, which implicated senior members of the government on Dec. 17, 2013,  many stories in such pro-government papers have actually turned out to be false.

Main opposition Republican People’s Party (CHP) Deputy Chairman Faruk Loğoğlu said on Monday that the government is deliberately encouraging such reporting to strengthen claims of a so-called parallel state. “Why did the government not make such claims before, when the government, including the prime minister, was complaining about wiretapping?” he asked.

Erdoğan has described the massive corruption investigation that has implicated himself, his family and some people close to him as a “plot” staged by global conspiracy groups in collaboration with domestic groups — including businesses, the media, opposition parties and the parallel state, which is a veiled reference to the Hizmet movement inspired by Islamic scholar Fethullah Gülen.

CHP leader Kemal Kılıçdaroğlu also asked where the government was when so many people were wiretapped as alleged. He said the government is complaining about wiretapping only after its own involvement in corruption was exposed. The CHP leader also accused Erdoğan of wiretapping his conversations.

Nationalist Movement Party (MHP) Parliamentary group deputy chairman Oktay Vural also said if there is illegal wiretapping going on, Erdoğan government should be held accountable for that. “Turkey has a Recep Tayyip Erdoğan government. You have to direct this question [on wiretapping some 7,000 people] to the government,” he said, stressing that Erdoğan has been wiretapping people, including members of the MHP at party headquarters.

‘Gülen was a scapegoat’

Nurullah Albayrak, Gülen‘s attorney, dismissed suggestions that his client has anything to do with the allegations raised in the reports, saying that Mr. Gülen has been subjected to a systematic smear campaign for a long time based on false reporting. He said if allegations of illegal wiretapping of some 7,000 people who appear to have nothing in common are true, the perpetrators should be punished immediately and severely.

Albayrak said the reporting is just another attempt by the government to distract the public from authoritarian legislation such as a controversial Internet censorship law, a judicial council law that will subordinate the whole judiciary to the executive branch and an intelligence bill that will give broad powers to the national intelligence agency.

Gülen‘s lawyer had already filed a criminal complaint because of illegal recordings of his client’s phone calls that were leaked to the Internet. He said there has been systematic eavesdropping on unsuspecting citizens for the last six months which led to a smear campaign against his client that included edited and doctored voice recordings.

When asked about reports that have appeared in pro-government newspapers, İstanbul Chief Public Prosecutor Hadi Salihoğlu declined to comment. Speaking to reporters through his chief of staff, Salihoğlu said that neither he nor any prosecutors in the courthouse will make a comment on these reports. “If needed, there will be a written statement issued later,” he said.

On Monday, police sources also dismissed reports of some 7,000 people being wiretapped, saying that the capacity of police intelligence departments cannot technically handle this large a number in a single case.

Speaking to Today’s Zaman on the condition of anonymity, police sources have said that some 2,500 people are currently being wiretapped as part of various investigations across the country. They also said that many of the names in the published list have nothing in common, strongly suggesting that the story is fabricated.

Police also underlined that the little-known terror group Tawhid-Salam, which the pro-government dailies claimed was used as a basis to wiretap thousands of people, was only active briefly in the 1990s and early 2000. The organization then ceased its operations. Police sources also underlined the fact that the number of members in Tawhid-Salam could not exceed 50.

The name Tawhid-Salam came forward first in 1993 during the investigation of the murder of journalist Uğur Mumcu, who was killed in a car bombing in front of his house in Ankara.

Technical and procedural requirements are not easy

There is no possibility for the government not to be aware of wiretaps. The procedure to obtain a warrant for a wiretap is not easy and is lengthy. Article 135 of the new Code on Criminal Procedure (CMK) that came into effect on June 1, 2005 makes provisions for the interception of the telecommunications of an individual if he or she is suspected of committing a crime.

The interception, monitoring and recording of communications are done through a single department working within the Telecommunications Directorate (TİB), a government agency. TİB must file the names of those under surveillance with the electronic judicial network. If senior members of the government including the prime minister were wiretapped as the reports suggests, there is almost no chance that the government would not know about it, either through TİB, the Interior Ministry or the Justice Ministry.

On Monday, government spokesman Bülent Arınç said during a bi-weekly press briefing that the alleged mass wiretapping of individuals are “completely illegal.” Arınç said the government could not have had information about the wiretapping as legislation, executive and judiciary are separate independent branches.