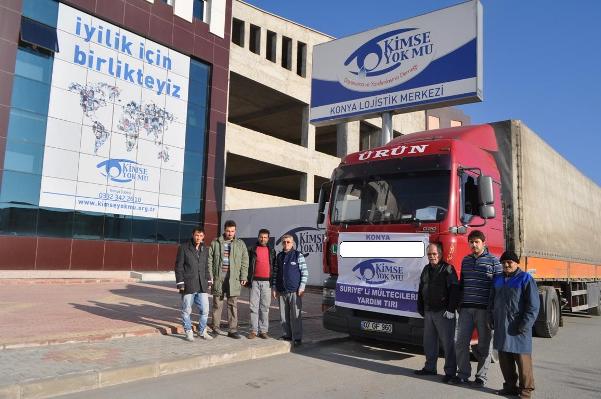 Various Turkish nongovernmental organizations affiliated with Hizmet Movement carried out a project to distribute aid material for the Syrian refugees living in Turkey.

The Mid-Atlantic Federation of Turkic American Associations (MAFTAA) and American Turkish Friendship Association (ATFA) decided to carry out the project during a visit in the refugee camps in eastern Turkey. The associations contacted with officials from Kimse Yok Mu to deliver around 18,000 blankets they collected in three weeks from the volunteers.

Executive director of Northern Virginia Regional Commission Mark Gibb told Cihan news agency that he is very amazed with the large amount of materials which was collected. Gibb also stated that he had chance to know Hizmet Movement, inspired by Islamic scholar Fethullah Gülen, through the aid campaigns.

The number of Syrian refugees in Turkey exceeded 600,000 and more than 400,000 of them are living outside the refugee camps set up mainly in Turkish border cities, the Turkish disaster management agency stated in October 2013.