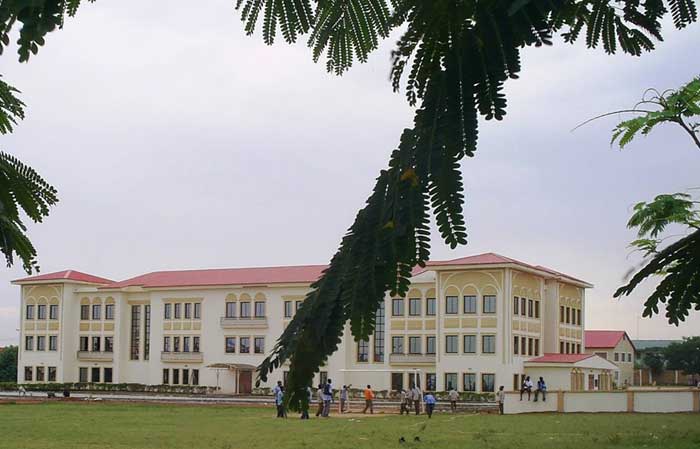 Cemal Yigit is a member of Hizmet Movement, founder of the Nigerian Turkish International Colleges (NTIC). In this interview, he reacts to the recent declaration by the Turkish President that he would push for the close down all Turkish schools outside Turkey.

The president of Turkey says he wants to close down Turkish schools that are outside Turkey. How do you react to this?

The approach of the government of Turkey on Turkish schools outside the country is completely unacceptable, completely illegal and illegitimate; it has no legal basis at all. The schools we established are not owned by the Turkish government. They only bear the name ‘Turkish’ and the country’s flag because of their goodness in giving the favour and acceptance for us to put the name as an identity in diversity and part of harmony. But they have the right by law to say we should remove their name and flag and we will do so. Hizmet Movement is a civil humanitarian transnational society that originated from Turkey with the ideology of addressing three fundamental problems of the world: that is ignorance, poverty and disunity. We believe that these three problems are a threat to the world and we felt we can contribute in solving the problems with education to fight ignorance, charity and reasonable businesses against poverty and inter-religious and inter-cultural dialogue to fight disunity among people.

We practised it in the 60s in Turkey and it worked very well. With the institutions that we have on ground, we are addressing the three pillars of the world problem. Through the Nigerian Turkish International Colleges (NTIC) we are addressing the problem of ignorance and in these schools we are exercising harmony, diversity, and coexistence, mutual understanding and living via them. The second thing we are addressing is poverty through our charity foundation.

Through the foundation, we spend almost a million dollars in opening boreholes, distributing 10,000 stationery packages for students, distributing needs packages and packages during Ramadan and Christmas to the disadvantaged. The third problem of disunity; we are addressing this through UFUK Dialogue Foundation that promotes coexistence, mutual understanding, love and tolerance between the followers of the two major religious adherents in Nigeria, that is Muslims and Christians. It provides platform for them to come together to talk in details on their similarities and communalism.

It appears that the president is declaring an open war against your movement?

The president is calling us terrorists and telling us that we have to close down our schools. He did that openly in Malibu and Ethiopia as if those countries don’t know anything, as if they don’t have their own intelligence agencies. It’s a shame for me that my president is coming to a country telling it to close down the schools. It is not ethical that is why Africa’s response is really strong. If we are really criminals, what the Turkish President should do is to present his evidences and proofs on everything and send them through the protocol of the necessary ministries or their intelligence agencies and I am sure they will deal with it.

We are not involved in any crime. We are here to give high quality education only and not despise you. We believe you have good values, you have experience, civilisation, traditions and cultures and we believe that you have to preserve them. We believe we are here to share our experience and to share in your experience. Imagine with Turkish schools operating in 160 countries, don’t you think all of us are carrying your traditions and customs as well as ideology, that you have also made my country a diversity of ideology and harmony and that I am also helping my country too. What he is trying to do is that he is using internal politics, taking it abroad to galvanise his own loyalists.

How have parents reacted to this development?

Thank God no one has withdrawn his child so far. Whenever we talk to them they say we should not worry and that he is only trying to zigzag his way according to his own understanding and that he is trying to gain political ground in his area. He is underestimating African wisdom and that really bothers me because since we live with you we understand and know who you are and the virtue, wisdom and the experience that you have but unfortunately my president has no idea and he thinks Africans shouldn’t know anything so whatever he tells them they will do it. This is what he expects. Honestly, parents are supporting us and always encourage us.

There is speculation that you are converting Christians into Islam?

About 45 per cent of our students are Christians and the rest are Muslims. Our main concern is our students to be religious, to be pious, devoted and practicing Muslims and Christians. So we need Muslims to be practicing Muslims and Christians to be practicing Christians so that we can have harmony and this way they could have their spiritual lives. And since we are teaching them science and mathematics that will in another way help them to find their way through life. This is our approach. When it comes to Christian and Muslim, we need to be inter-religious.

Muslims have their place to practice their religion in our schools and so also Christians.

How do you enforce morality in your schools?

All the teachers and supervisors that we bring from Turkey have been growing up with Hizmet Movement mentality and philosophy and they already have the philosophy as part of their life so they simply live that way and present their life and teach in that way and that rubs off on the Nigerian teachers and students. These teachers have the mentality that when they are teaching a class of 20 students, they have to teach mathematics and at the same time prepare them for the life that is coming, so that imparts good morality and good character because tomorrow they are going to be the mothers and fathers of the nation.

The good thing about Turkish schools is that you may think that they try to somehow impose Turkish things but it is totally wrong. Instead of that we teach our kids to turn them into good Nigerian pupils because if you don’t love your country you may not love another nation. Charity begins at home and you have to respect your values, you have to value your own language, religion, identity, ethnicity and your nation that makes you a good citizen of your nation and then you can respect me and I can respect you and we can find a way to get along. This is how we are practicing it. In fact this wisdom is already in Nigeria, it is just a combination of things; it is not like I am bringing something different from Turkey, you already have it, once we have talked about it and we see that we can implement it in education; this is what we are doing.

There is a plan to introduce Othman language in your schools, is it going to be a compulsory subject for all Turkish schools including those outside Turkey?

There is no way it can be practiced in all Turkish schools and even when it is established it cannot affect Nigeria. There is no way we can teach Othman language here. The reason we are teaching Turkish language in our schools is because of the demand from the parents and business opportunity that students will utilize the language later on.

Now students have noticed that those that graduated because they speak Turkish they have expanded their business, they easily travel to Turkey and are finding their ways for businesses and it really helps. So for them it is something they want to emulate and that is why they have increased the number of lessons on Turkish language but it doesn’t affect the core curriculum of Nigeria.

What does it take to establish a Turkish school in a particular state?

You need to grant us a piece of land and until we build the school you could also grant us a building to start the school before we establish our school and move to our own building. Whatever we do is with the collaboration of Nigerian institutions, anything that we do, always has Nigerian partners and institutions and when it is on delicate issues we go knock on the doors of the appropriate government agencies and tell them of our ideas and we get their advice, this is our approach.

Why the Turkish President doesn’t like it is because we are influential and we are managing it within democratically given rights. We are not doing anything against any law. We came to Nigeria and discussed on the importance of education. But at the same time the morals of the students is important because if they are educated and have bad morals that means there is no benefit to either the students, his family or to the nation because if you really want to have a good generation it has to be with good morals, good character and education.

The Turkish has 17 schools in six states of Kano, Yobe, Abuja, Kaduna and Lagos with over 4,700 students. We have universities, hospitals and tourism company. We have tourism centres because we do arrange a lot of trips for our students, the parents and the people we meet and work with and also pastors and imams because the group is also deeply involved in inter-religious dialogue activities.