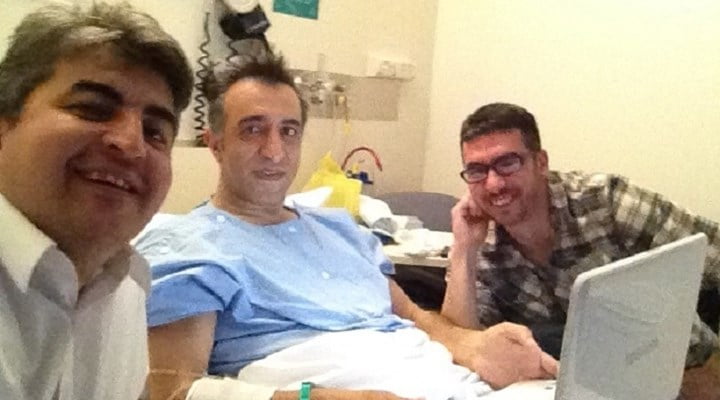 Sezer Morkoç, an active volunteer for Turkish schools in Australia, died at his home at age 43 on Monday after a battle with liver cancer.

Sezer Morkoç, an active volunteer for Turkish schools in Australia, died at his home at age 43 on Monday after a battle with liver cancer.

Sezer Morkoç was known by his active volunteer activities in Australia. His ex-colleague Nail Kaleli recalls him by his volunteer character who would never refuse to help any educational initiatives. He involved in all the process opening of the Burc College in Australia, where more than 300,000 Turks live.

A successful Sezer Morkoç helped popularize Turkish tea in Australia as well. His friendship, which was started with a cup of tea, continued till his death in Australia among his friends.

His father Öztürk Morkoç, who came to Australia for the funeral, underlined that his son requested to be buried in his second home, Australia, where he came with a drive to serve his nation. Sezer worked and volunteered for education affairs.

His father comforted himself with his son’s works saying that “Perhaps my son Sezer died, but God bestows me tens of Sezer’s, I’m glad that he involved in a society where people devoted their life for education”.

Öztürk Morkoç elaborated his saying his son’s words from their last conversation. “Sezer told me that they are here to help younger generation who lives between two cultures. We try to educate children, and for it we need more Turkish schools. We have been waiting a promoter to initiate the school projects to serve the nation in a better way”.

A martyr for sake of education

Sezer Morkoç, who arrived to Adelaide in 2001, started to work in Burc College project four years after his arrival. He took part in every process of school management, and his contribution paid off. His success story, devotion and as a thoughtful mastery of great projects in education society are remembered by his admirers.

Öztürk could not control his tears when he spoke about the grave where he buried his son. Morkoç recalled that just a six months ago when he visited his son in Australia, he pointed at Al-Halil Muslim graveyard, saying it was neat and in order.

“Since the time he learnt that he had cancer, he was trying comfort me and his mom. When I visited him six months ago, he couldn’t reveal the truth directly, so that he brought me to this grave. And I knew that he wanted to be buried here.”

Accepting the idea to bury Sezer in a land a thousand km away from his homeland was not easy for the Morkoç family.

“I tried to convince first his mother, and consider him a martyr for the sake of education, I accepted to bury him in Australia and I dedicated it to his brothers and colleagues in Australia who served together for their holy purposes.”